Recall that last week Friday, January 11, 2019, the Senate President raised an alarm about a threat to his life and those of his family and supporters. (Read the report HERE).

A similar incident occurred last Thursday at Agbajiole and Pakata areas of Ilorin metropolis that resulted in four members of the Peoples Democratic Party (PDP) being injured during the attack.

According to residents of the area, the attack started at about 11:30 am when fully armed APC thugs stormed their area and started shooting into the air to scare people away.

The President of Agbaji Development Association, Alhaji Musa Olanrewaju Yusuf, said that the rampaging thugs were led by Yahaya Seriki and Musbau Esinrogunjo.

He said 11 people, who sustained injuries from gunshots, were taken to General Hospital, Ilorin and a private medical facility for treatment. The thugs also destroyed about 50 cars parked at various locations within Agbaji Quarters. He said:

“The APC thugs came around 11:30am and shot sporadically into the air. In fact, they were provided cover by the DPO Adewole Division of Police. At least, 11 people received injuries from gunshots while about 50 cars including that of Imam Aliagan were destroyed.

“The thugs also carted away four motorbikes and stole money and jewelry from shops deserted by their owners”.

It was also gathered that the APC thugs spread the violence to Ajikobi and Omoda areas of Ilorin metropolis. 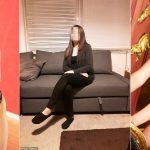 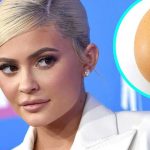