The leader of Pan Niger Delta Forum (PANDEF), Chief Edwin Clark, has kicked against the planned arraignment of the Chief Justice of Nigeria (CJN), Justice Walter Onnoghen, before the Code of Conduct Tribunal (CCT).

Yesterday we reported that the FG will on Monday, January 14, 2019, arraigned the CJN before the Justice Danladi Yakubu led- Code of Conduct Tribunal (CCT) in Abuja on charges of failures to declare his assets as required by law and for operating Bank Domiciliary Foreign Currency Accounts.

The charge sighted against Justice Onnoghe has already being filed and served on him last Friday at his official residence in Abuja preparatory for his appearance at the tribunal. (Read the report HERE).

Reacting in an interview with Daily Trust, Clark described the move by President Muhammadu Buhari and the All Progressive Congress (APC) ‘as an attempt to rig the forthcoming general elections, adding that Niger Delta region would resist the move against the CJN. He said:

“The news of the arraignment of the Chief Justice of Nigeria (CJN), Justice Walter Onnoghen before the Code of Conduct tribunal (CCT) on Monday has come to us as a shock because there is nothing to show that this man has not been doing his job properly.

“There is nothing to show that he is corrupt; simply because they want to rig this election, they want to remove him to put somebody who will do their bidding after the election; otherwise, there is no basis for harassing the judiciary,” he noted.

“Yesterday, it was the Acting Director General of the Department of State Security Services (DSS), Matthew Seyeifa who was removed and somebody who was retired was appointed to take his place.”

“The Niger Delta regions would resist the arraignment of Justice Onnoghen.

“We deserve some respect. So, we will resist this one, and I understand that our governors had meeting on this matter too and we will all come together.” 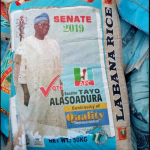 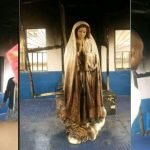