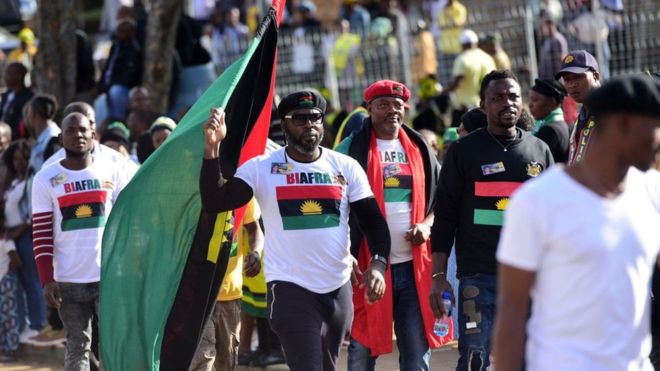 The Indigenous People of Biafra (IPOB) has stated that it would boycott the presidential election, but would vote during the governorship poll in Abia and Ebonyi states to ensure that their incumbent governors were not re-elected.

IPOB disclosed this in a statement released by its Media and Publicity Secretary, Comrade Emma Powerful.

The pro-Biafra group said it has directed its members not to vote during the presidential election, adding that Governor Okezie Ikpeazu of Abia and David Umahi of Ebonyi State must not be allowed to return to office because of their roles in the arrest and detention of IPOB members. The statement reads:

“We shall boycott the forthcoming  presidential election and every other with the notable exception of Abia and Ebonyi states where the incumbents, Okezie Ikpeazu and Dave Umahi, are using their positions to facilitate the kidnap, arrest, torture and execution of our people.

“The misconception by some individuals, who intend to have Umahi and Ikpeazu return to office, will never deter us. The decision by IPOB to shutdown Biafraland on the Election Day has gone far and cannot be changed or stopped, unless our terms are met.

“People are at liberty to twist, fabricate and misunderstand IPOB, but the people of Biafra understand clearly where we are going. We will continue to deploy all forms of civil disobedience, most notably boycott of every Nigerian election until they give us date for Biafra referendum.

“Our aim towards achieving this goal and desire cannot be truncated by an orchestrated attempt to misinform the public by enemies of Biafra both within and without.” 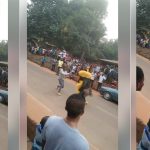 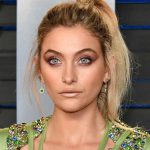