The leader of the Indigenous People of Biafra (IPOB), Nnamdi Kanu has said that the rescheduled Saturday’s presidential election may not hold.

Nnamdi Kanu, who revealed he’s finally coming back to Nigeria, said that Saturday’s election which he described as ‘sham’ may no hold because ‘Jubril of Sudan’ will be chased out of Nigeria.

He said this during a live broadcast on Wednesday night while lamenting about killings of IPOB members by some South East governors. He said:

“There’s no government in the world that doesn’t know about IPOB and fortunately I met most of them, we don’t publish all on social media.

“All these saboteurs you see online don’t exist. Check their profile and you’ll understand they’re fake. Just ignore them.

“I’m coming to Nigeria, in power and glory. I’m coming fully prepared, whatever Nigerian government wants, we will do it there.

“We called for boycott of the Zoo. Nigeria was vibrating, we called it off they ran astray. That’s how powerful IPOB is.

“No amount of intimidation, arrest, killings will stop us from marching.

“Im not sure that their Sham election will hold on Saturday 23rd Feb; because Jubril will be chased back to Sudan, then you will know that Buhari is dead.

“There is no way Jubril can survive an election in this zoo.”

Further lamenting on Killings of IPOB members, Kanu called out Governor Willie Obiano of Anambra State, and Governor Okezie Ikpeazu of Abia State, blaming him for orchestrating the genocide.

“As I am speaking now, IPOB members are being parked and taken to DSS custody in Abuja, masterminded by Obiano and others.

“Now that Obiano, Okezie Ikpeazu and other Igbo governors are hunting down and killing IPOB members, everyone is keeping quiet. But any day we decide to retaliate, everyone will start talking rubbish.” 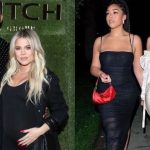 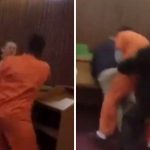