Residents of Maiduguri, the Borno State capital, are currently in panic as multiple bomb explosions suspected to be from the Boko Haram insurgents rocked the city in the early hours of Saturday as Nigerians woke up on election day.

The explosions, about eleven in number, began at around 5:50 am and ended a little around 6am.

According to Premium Times, A police officer, returning home from night duty told its correspondence in Maiduguri that: “we counted 11 of the explosions this morning. But we are unsure where they occurred.”

It is not certain from which direction they occurred, but agitated residents said it could be another attack by Boko Haram. The residents are worried about their safety, especially with the presidential and National Assembly elections that is starting this morning.

At the time of this report, it was not clear the number of casualties, or how much properties were destroyed. 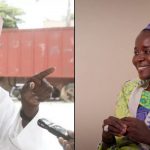 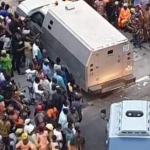