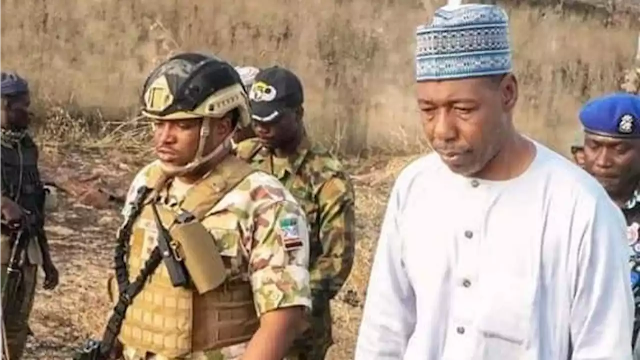 According to SaharaReporters, Zulum’s convoy was ambused on Saturday on their way to Baga in Kukawa Local Government Area, where they governor planned to spend two days with other government officials in the town to distribute food items to newly resettled displaced persons.

Security sources told the media outlet that Governor Zulum ws unhurt because he had earlier flown by helicopter to the town with some top government officials.

“We were attacked by the gunmen who came with about six trucks and seven motorcycles. We engaged them but they have already destabilised.

“We had no option than to abort the trip and returned back to Maiduguri with corpses of the deceased. About seven people died immediately but two of my colleagues (soldiers) died from gunshot injuries when we got back to Maiduguri,” a soldier attached to the governor told SaharaReporters.

In all, nine security men were killed in a fierce battle with the terrorists.

However, in a statement by his spokesman, Isa Gusau, the governor refuted reports claiming there was another attack by Boko Haram on him and his security details.

Gusau said the governor travelled to Baga on Saturday, spent the day supervising the distribution of food items to 5,000 residents and returned to Maiduguri safely without no attack.

“As members of the public can testify, it is the culture and principle of Professor Zulum to say things as they are. In this case, it is what it is – no attack whatsoever.

“Any media organization that wants further clarification may wish to contact the Nigerian military.”

The spokesman expressed Zulum’s appreciation to all well-wishers across Nigeria.

“He gratefully commends the Armed Forces, Police and civilian volunteers for the relentless efforts in fully restoring lasting peace to Borno State” the statement added.

KanyiDaily recalls that Governor Zulum’s convoy was attacked twice by Boko Haram terrorist along the Baga Highway in September.

READ:  Buhari: I Did Not Find 'Jubril Of Sudan' Joke Funny 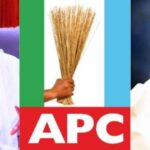