Popular British singer, Adele is facing backlash for the bikini and hairstyle she wore while marking the canceled Notting Hill Carnival festivities. 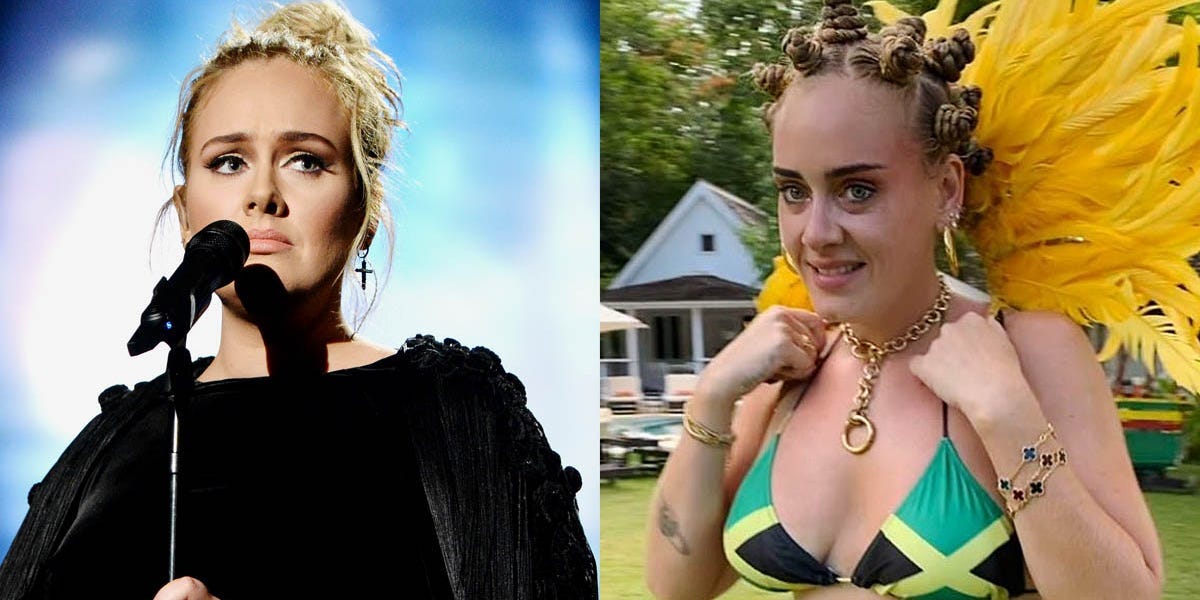 The 32-year-old multiple Grammy winner had shared a photo on her Instagram page to pay tribute to London’s annual Notting Hill Carnival, which was held online this year due to the coronavirus pandemic.

In the photo which she captioned “Happy what would be Notting Hill Carnival my beloved London,” Adele was seen wearing Bantu knots and a Jamaican flag bikini, as well as acid-wash leggings and a yellow feathered headdress.

Though Adele seemingly posted the picture with intentions of celebrating West Indian culture, people could not get past her bantu knots, a hairstyle typically worn by Black women trying to protect their strands from excessive damage.

Shortly after posting the picture on Sunday night, Adele came under fire on social media as many fans accused her of cultural appropriation.

If 2020 couldn't get anymore bizarre, Adele is giving us Bantu knots and cultural appropriation that nobody asked for.

This officially marks all of the top white women in pop as problematic.

Hate to see it. pic.twitter.com/N9CqPqh7GX

Adele is getting smashed on Insta for “cultural appropriation” after posting this pic an hour ago.

Apparently, they now own hairstyles.

These people are crazy. The poor woman just wanted to show off her epic weight loss.

We need you to be brave. pic.twitter.com/b1iKDFlL6M

Adele dropped that weight and said it’s time for her cultural appropriation era.

Adele and her distant cousins. pic.twitter.com/hd0FlrtDqi

This week in dumb-fuckery — Americans took it upon themselves to collectively be outraged ON BEHALF of Jamaicans & Africans, because @Adele wore a Jamaican-flag bikini top & African Bantu Knots on her head.@Adele, thank you for representing the Bantu culture.

This is coming four months after Adele caused a major stare on social media after sharing a new photo of her dramatic weight loss to mark her 32nd birthday.

Chadwick Boseman Cause of Death: Black Panther Star dies at 43