Billionaire daughter and popular disk-jockey, DJ Cuppy has warmed a lot of hearts with the “perfect reply” she gave a man who wants DJ Switch to replace her as Pepsi ambassador. 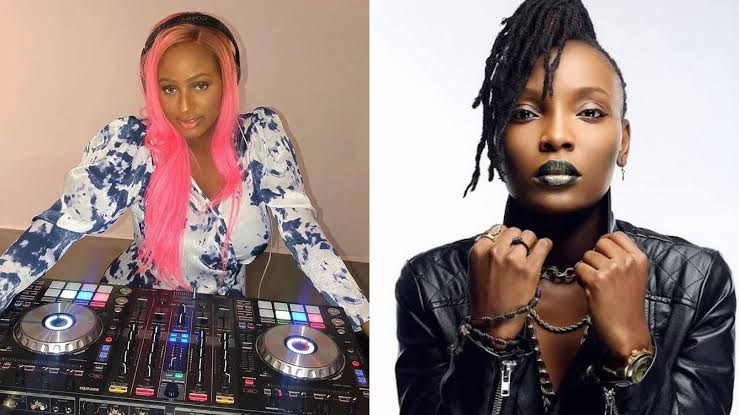 After DJ Switch put up a splendid performance at the ongoing Big Brother Naija reality TV show over the weekend, a man simply known as Chigozie asked Pepsi to replace DJ Cuppy as their ambassador.

In response to the call, DJ Cuppy said that such can never happen because Pepsi loves her too much. She, however, said the brand is open to signing DJ Switch, in addition to her, as more females could be added.

“REPLACE? No, Pepsi loves Cuppy too much, so this can never happen. Sign ASWELL? Yes, they certainly should add more females! Blue heart #CuppyDat”, she tweeted.

REPLACE? No, Pepsi loves Cuppy too much, so this can never happen. Sign ASWELL? Yes, they certainly should add more females! 💙 #CuppyDat https://t.co/EKvFwIY8Hv

The incident have triggered a lot of reaction on social media, with many fans showing love for DJ Cuppy who is known to be humble despite her father’s wealth.

READ:  BREAKING: Fire Breaks Out At Federal Ministry Of Finance Headquarters In Abuja

Nobody handles criticism and hate better than Dj Cuppy..
Love and respect to her.

People hate on DJ Cuppy because she’s from a wealthy family, and not because of her personality or craft.

Telling a brand she works for to replace her with another person?

May we not be ripped off what puts food on our tables.

DJ Cuppy's attitude towards online trolls, bullies and hateful comments should be studied.

The day DJ Cuppy eventually loses her cool, the day she finally give these clowns back in their own very coin, the day she gets pushed to the wall and she hits back,
I will be here to defend her 'cos I honestly don't know why y'all can be this vile towards one person GTFOH.

DJ Cuppy is actually really pretty,how did I take this long to notice? @cuppymusic I want to spoil you with my last 10k.

I love the way DJ Cuppy no too dey send most of una papa for this app. She’s all positive vibes, I stan an unproblematic Queen!

Toxic Nigerians on Twitter do not deserve DJ Cuppy's gentility.

How Dj Cuppy keeps her calm over the hate she gets on here should be studied at tertiary level.

I respect Dj cuppy so much…she never takes negative comments seriously. She even LIKES such comments. 😂

Dj Cuppy’s humility is out of this world, trust me if it was that other aunty, she could’ve blocked that guy and his family members 😂

Y’all asking Pepsi to stop another person bread for another person.. how will you feel when DJ cuppy ask your boss to change you with someone else that you are competent enough ?

There is a certain level of wealth. When you have that, you don't get bothered by unnecessary things that will add no value to your life.

That's the kind of wealth DJ Cuppy has.

Dj Cuppy’s humility is out of this world, trust me if it was that other aunty, she could’ve blocked that guy and his family members 😂

I don't see myself hating on cuppy ,she gat lots of nice personality , #OriginalCopy shows she's working on herself big time ..

I still wonder why some people still hate on success tho 😒😒

Just listened to DJ cuppy’s album and right from the intro on EPE, I knew that I was in for a hell of an experience listening to her music.

"Nobody handles critics and trolls better than DJ Cuppy"

Doesn't mean y'all shouldn't stop tbh. Work on yourselves and stop taking out your frustrations on others simply because they don't complain.

The way DJ cuppy gets disrespected on this app doesn’t sit well with me. She just wants to be happy and spread positivity but the sadists of twitter must always jump out

I am not surprised with the way Cuppy handles social critics. For someone who has never blocked a single account on social media, i stan a cool, calm and collect Queen!

READ:  Hushpuppi Apologizes To His Fraud Victims, Commends FBI For Arresting Him 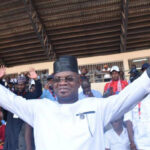 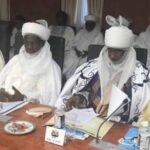