American singer, Cardi B has reacted to a comparison between her and former Big Brother Naija, Erica Nlewedim, over their fashion style. 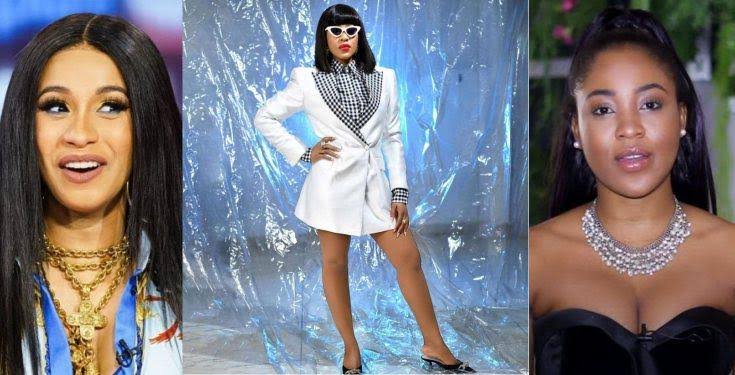 A Twitter user had taken to the micro blogging platform to share new photos of Cardi and Erica while comparing the fashion sense of both women.

In the photo, Cardi was donned in a lovely white and black jacket with white pop socks to match. She wore a yellow wig, a cute sunshade, and a white high heel covered shoe.

Erica, on the other hand, was spotted in a white and black shirt with a white jacket to match. She wore a sunshade like that of the musician and low heeled black mules to match her outfit.

Sharing the two photos, the Twitter user described that of the US musician as Grammy style while he called that of the BBNaija star as grandma style.

READ:  Court Documents Reveal R. Kelly Now Has Only $625 In His Bank Account

Surprisingly, Cardi saw the tweet and she reacted saying she likes Erica’s outfit because the BBNaija’s outfit is different and classy, while hers is ‘edgy’.

Following Cardi’s reply, Erica who was apparently excited to be acknowledged by the rapper, noted that she actually wanted to achieve the “edgy” look.

“Hahahahaha thanks that’s what I was going for!”, Erica said.

Hahahahaha thanks that’s what I was going for!😘 https://t.co/T1EUqFTUpY

KanyiDaily recalls that Nigerian journalist and Ovation CEO, Dele Momodu had claimed that Erica Nlewedim reunited Africa more than the African Union has done in many years. 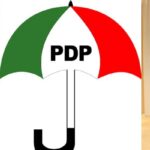 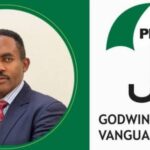