Nigerian journalist and Ovation CEO, Dele Momodu has made controversial claim about Erica Nlewedim, the housemates that was disqualified from the Big Brother Naija show. 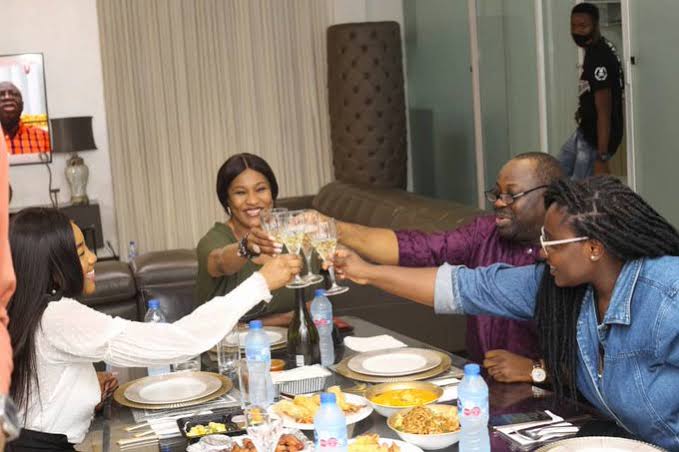 Taking to his Instagram page after hosting Erica for dinner at his home, Dele Momodu opined that the disqualified BBNaija housemate has reunited Africa more than the African Union has done in many years.

”A toast to AFRICAN UNITY… @ericanlewedim has reunited AFRICA in few weeks more than the AFRICAN UNION in many years…,” he wrote.

When asked by a follower who is also a fan of Erica how the disqualified reality star united Africa, Dele replied;

”See the number of African countries celebrating her big time and joyously enjoying her posts…. The last time I saw this was when I wrote THE KARENPLICATION OF AFRICA, on Karen Igho in BBA.” 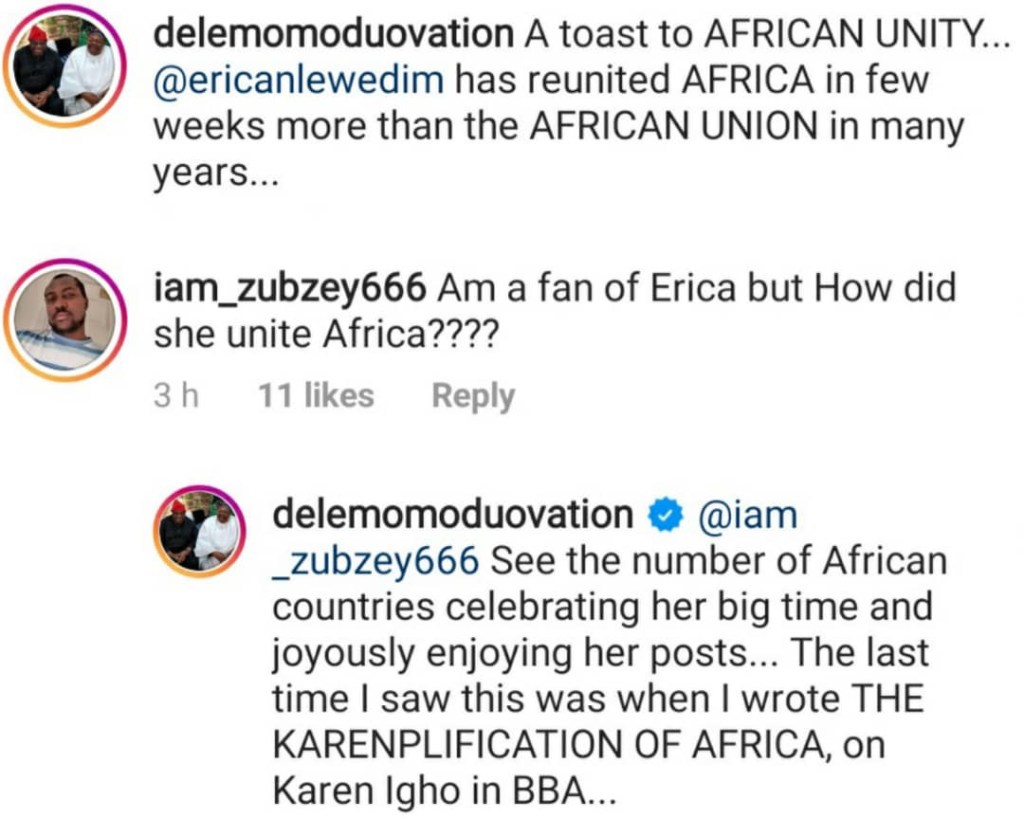 This is coming barely 24 hours after Nigerian singer, Teniola Apata, popularly known as Teni, was dragged on social media for referring Erica Nweledim as ‘Omo Igbo’ in a now viral video.

READ ALSO
Singer Seyi Shay Goes Spiritual, Asks God To Provide Her With A Man That Prays And Pays 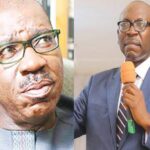