President Muhammadu Buhari has condemned the abduction and killing of Chief Philip Shekwo, the Chairman of the All Progressives Congress (APC) in Nasarawa State.

It was gathered that about 10:pm on Saturday, some gunmen suspected to be kidnappers invaded the residence of the APC chairman and took him away to an unknown destination.

The Commissioner of Police, Nasarawa State Command, Mr. Bola Longe, confirmed on Sunday that the lifeless body of Shekwo was found in a farm, some metres away from his Bukan-Sidi residence where he was abducted.

Longe said the circumstances that led to the death of the APC chairman indicated that it was not all about kidnapping, but that the yet-to-be-identified attackers may have been assassins.

“From what we have seen since yesterday and the intensity of bullet marks on the wall of the house and the forceful gaining of entrance into the house proved that it was much more than kidnapping.

“And where we found his body, close to his house, normally when kidnapping is carried out it is for profit-making, but this has shown that within a twinkling of an eye the man was killed, no demand was made whatsoever.

READ:  "I'm Surprised By Rising Insecurity In Nigeria" - Buhari Vows To Be Hard On Bandits And B'Haram

Reacting in a statement issued by his Senior Special Assistant to the President on Media and Publicity, Mallam Garba Shehu, President Buhri said: “I strongly condemn the killing of Philip Shekwo.

“He was kind and jovial. His contribution towards strengthening the party in Nasarawa State will not be forgotten. May his soul Rest in Peace.”

while commiserating with the family of the deceased, the President said the nation’s security system must do more to end the incidents of violence in the country.

President Buhari welcomed the decision of the Inspector General of Police to send reinforcement of men and materials to the state.

“Police investigation is expected to determine if this was an assassination or kidnapping-related murder,” the President said.

President Buhari also commiserated with a former Senate Leader, Victor Ndoma-Egba, over the death of his wife, Amaka, who died in an auto crash on Friday. 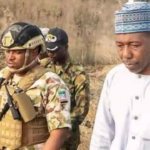 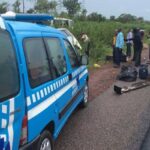