A mechanic identified as John Simon, has gotten himself into trouble after he lost a customer’s car which he drove to a brothel in the New Nyanya area in Lafia, Nasarawa State. 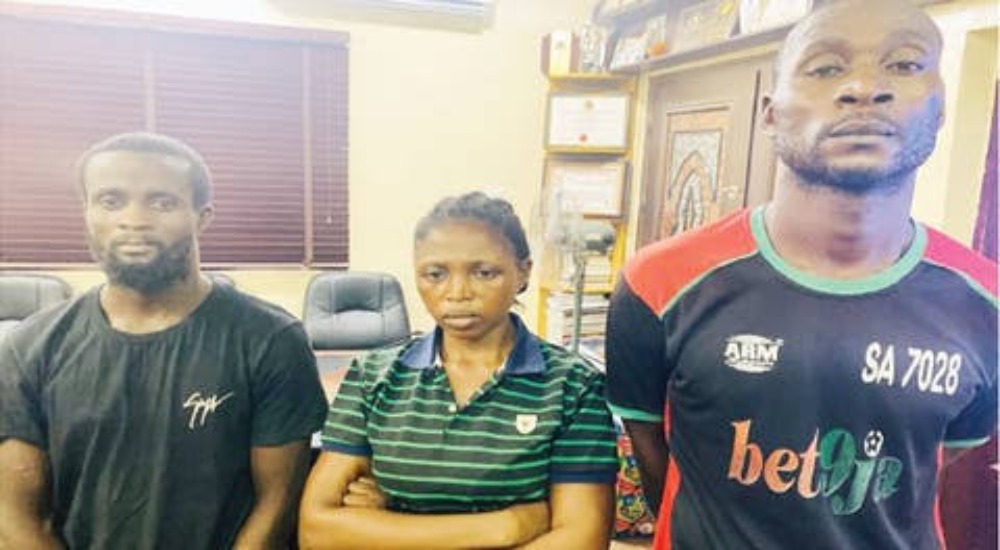 Punch reports that Simon was in the middle of an overnight romp with a 25-year-old sex worker, Stella Emeerga, when the 2014 Toyota Camry saloon car he drove to the brothel was taken away by three men in connivance with Emeerga.

It was gathered that Simon, a father of two, had stopped by at the brothel while travelling to Abuja to deliver the vehicle to his customer who is a car dealer.

While he was drunk in the brothel, one of the accomplices reportedly sneaked in and picked the car key on the floor.

At dawn, when he did not find the car where it was parked, Simon reported the incident at the New Nyanya Police Station and he and Emeerga were arrested.

After months of investigation at the station without headway, the owner of the car was said to have petitioned the Inspector-General of Police, Mohammed Adamu, and the case was transferred to IG’s Intelligence Response Team.

One of the suspects, Monday Francis, recently arrested by the operatives owned up to the crime during an interview with City Round during the week.

The 30-year-old suspect said the theft was planned together with Emeerga, noting that the car was with a member of the gang who is still at large. He said:

“We were four including Stella (Emeerga) that planned to steal the car when the driver (Simon) arrived at the brothel. We planned to make it look as if Stella was innocent. I pretended that I wanted water from her and she came out of her room while one of us quietly opened the door and took the car key.

“Stella told us that the man was drunk and that we could try. Dodo and Ezekiel took the car away. They gave it to one buyer who is on the run. Boys hang around the brothel to steal from anyone who is careless. Most of them will sleep off. We will enter their rooms and steal their valuables.”

But Emeerga, 25, who said Simon had been her customer for over a year, denied conniving with the gang to steal the car.

She said she did not realise the vehicle had been stolen until in the morning when she discovered that a piece of cloth she used to block a big hole on her door had been removed.

“That day, Simon saw me hanging outside the brothel waiting for a customer. He took me and his friend, Junior, to an ATM point in Maraba to withdraw money. We came back and stayed outside till around 12am. I told him that I want to go and sleep as I was feeling cold. He told me that he wanted to sleep with me that night. I resisted but since there was no customer, I obliged him.

“Around 1am, I heard someone knock at my door. I ignored it but the person knocked again. It turned out to be Francis. I opened the door and explained to him that I have a guest. He then asked me if I had water and I said no.

“He pleaded with me to help him collect water from the bar. I followed him and locked my door because I know bad boys might enter my room. Simon was awake but lying down. I came back and we slept. In the morning, our landlady knocked at my door that I should bring my N1,500 levy. We normally contribute N1,500 every month to settle security men.

“I discovered that a hole on my door was opened. I normally used cloth to block it. I never knew that something had happened. It was when Simon finished bathing and could not find the key that I realised that someone could have accessed my room through that hole. We went outside and discovered that the car was no longer where it was parked. We went to New Nyaya Police Station and reported the matter. They took our statement and detained us.”

Narrating how she went into prostitution, Emeerga an indigene of Kastina-Ala area in Benue state, said she was married with two children before things took a drastic turn in 2015 when her husband became mentally ill.

“He was in the university to do a degree programme when he became mad. He killed one of my children and I returned to my parents’ house. I was not doing anything, so one of my friends in Nasarawa asked me to come over last November. I knew that she is a prostitute and I started hustling too.

“I have lost count of the number of men I have slept with but in a day if the market is booming, I get up to eight persons. The amount we charge depends on the bargaining power. If there is no customer especially during this coronavirus period that men ran away, we collect N500 per customer.”

In his account, Simon said he saw Emeerga leaving the room but he did not suspect any criminal intent. He said;

“I am a mechanic and a driver. My customer called me to drive his car to Abuja and I decided to relax a bit with Stella (Emeerga). I have known her for about a year. We stopped at a bar and drank.

“I didn’t know anyone entered her room. I saw her when she left, but I didn’t bother to stand up. She came back and we made love after which I slept off. It was when I woke up that I discovered that the key was missing. I reported the matter at the police station and I was arrested.”

KanyiDaily had also reported how the police arrested a 23-year-old lady identified as Deborah Nwachukwu, for stealing a Toyota SUV, cash and valuable items from a man she had sex with at MKO Street, Ikeja, Lagos State. 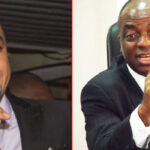