No fewer than two persons have been confirmed dead and over a dozen injured as suspected Boko Haram terrorists fired mortars in Maiduguri, the capital of Borno State. 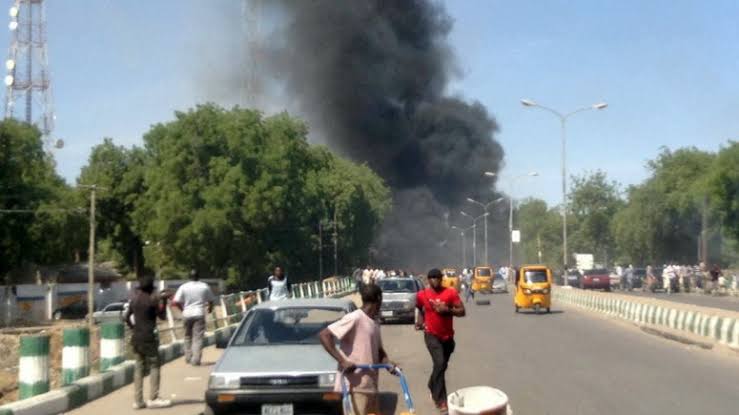 A source told PRNigeria, that the terrorists’ attack occurred on Thursday, as Muslim faithful in the town were making preparation for Friday’s Eid-el-Kabir festival.

Loud explosions sent many residents to scamper for safety. The Mortars were rocketed at innocent civilians in Gwange, Customs Area near Mansur Motors, and Marri, all in Maiduguri metropolis.

The Explosive Ordinance Detection (EOD) unit of the Police has been moved ro the areas to investigate the incidents and to determine whether it was an Improvised Explosive Device (IED).

READ:  See The New AFRICAN UNION Passport To Be Used By AFRICANS When All 54 Countries Becomes Visa Free

Borno Commissioner of Police, Mohammed Aliyu said the actual cause of the explosions was yet to be ascertained as Police teams had been dispatched to the areas.

This is coming just five days after 601 repentant Boko Haram terrorists were reintegrated into various society through their respective national and state authorities.