President Muhammadu Buhari just finished addressing Nigerians ahead of the 2019 general elections and below is the transcript. 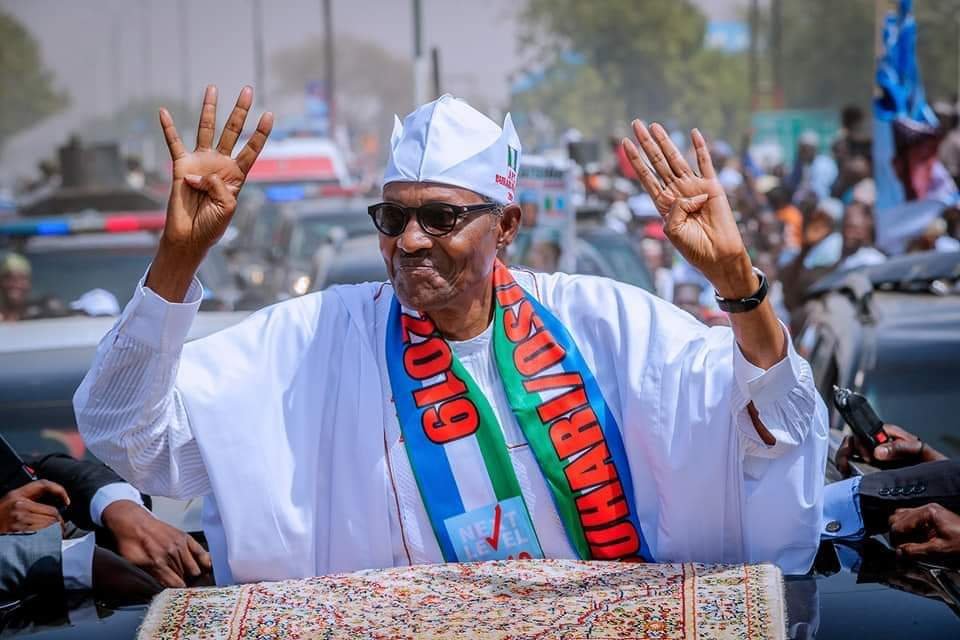 HIS EXCELLENCY, PRESIDENT MUHAMMADU BUHARI’S BROADCAST TO THE NATION, FEBRUARY 14, 2019

On Saturday, February 16, 2019, you will, once again, be called upon to choose the leaders who will pilot the affairs of our great nation for the next four years. This is a constitutional right which should be freely exercised by all eligible voters.

2. I wish therefore to start by assuring all Nigerians that this Government will do its very best to ensure that the 2019 elections take place in a secure and peaceful atmosphere.

3. It was indeed such free, fair and peaceful elections that made it possible for our Government to emerge, despite the fact that we were contesting against a long-standing incumbent party.

4. And as your president and a fellow Nigerian, I ask that you come out and queue to fulfill this important obligation you have to yourselves and your fellow citizens – and to our common future.

5. Let me at this point, reaffirm the commitment of the Federal Government to the conduct of free and fair elections in a safe and peaceful atmosphere. Just yesterday, I signed the Peace Accord alongside 72 other presidential candidates.

6. I want to assure all Nigerians, the diplomatic community and all foreign election observers of their safety and full protection. Any comments or threats of intimidation from any source do not represent the position of the Federal Government of Nigeria.

7. As Government has a critical role in maintaining the democratic traditions, so do citizens. I therefore urge you all, as good Nigerians, to take a personal interest in promoting and maintaining peace in your respective neighbourhoods during the elections. This is certainly not a time to allow personal, religious, sectional or party interests to drive us to desperation.

8. At this point, I want to make a special appeal to our youth: Do not allow yourselves to be used to cause violence and destruction. The people who want to incite you are those preparing the ground for discrediting the elections. Having lost the argument, they fear losing the elections.

9. When you elected me in 2015, it was essentially in consequence of my promise of CHANGE. We committed ourselves to improving security across the country, putting the economy on a sound footing and tackling rampant corruption, which had in many ways become a serious drawback to national development.

10. Our Government spent the last 3 years and 9 months striving faithfully to keep this promise, in spite of very serious revenue shortages caused mainly by a sharp drop in international oil prices and an unexpected rise in the vandalisation of oil installations, which, mercifully have now been curtailed.

11. We nevertheless pressed on in our quest to diversify the economy, create jobs, reduce commodity prices and generally improve the standard of living among our people.

12. The damage that insecurity and corruption have done, over time, to our collective livelihood is incalculable. However, it is pleasing to note that our frontal attack on these twin evils is gaining momentum and bringing about visible progress.

13. The recovery of the economy from recession is complete and Nigeria is back on the path of steady growth.

14. The key to creating more jobs lies in accelerating this momentum of economic growth. Happily, we have succeeded in making the fundamental changes necessary for this acceleration, and we are now beginning to see the efforts bearing fruit.

15. Our ease of doing business policies and programmes are already impacting medium, small and micro industries, as well as Manufacturing, Mining and Agriculture, among other key sectors.

16. Our commitment to critical infrastructure – that is Roads, Rails, Bridges, Airports and Seaports – will create more jobs, improving the efficiency and competitiveness of our industries.

17. Many of these projects are at different stages of completion, and those who use them regularly will attest to the fact that even while construction is ongoing, they are beginning to see reduced travel times. This will ultimately translate to reduced costs and greater convenience, making transportation, and business in particular, much easier.

19. The economic recovery that we promised is well underway, as demonstrated by the recently released statistics. In 2018, the economy grew by 1.93%, with the Fourth Quarter growth being 2.38%, up from 1.81% in the Third Quarter.

20. Remarkably, the strong economic performance was driven by the Non-Oil sector, which grew at 2% as at full year. Indeed, Non-Oil growth rose to 2.7% in the Fourth Quarter of 2018, up from 2.32% in the Third Quarter. These results further underscore our commitment to diversifying the economy away from the past dependence on Oil.

22. Now that the recession is well behind us, our next task is to redouble our efforts, accelerate the growth and use it to create even more jobs for our people.

23. The Executive Orders, No. 5, and No. 7 issued by me, and the recently approved National Infrastructure Maintenance Policy demonstrate our commitment to accelerated job creation and infrastructure development.

24. We believe that Governments cannot simply proclaim jobs into existence. Job creation will only expand as a result of economic policies that enable the private sector to flourish, and this is the approach our Administration has taken.

25. Executive Order No 5, which Promotes Nigerian Content in Contracts, as well as Science, Engineering and Technology, will preserve and prioritize job creation for our citizens.

27. It responds to the demands of manufacturing and industrial complexes which wish to construct access roads without waiting for government, so long as they are allowed to recover the cost from taxes they would have paid to government.

28. We expect that this approach will boost industrial expansion and rural development, consequently creating more jobs for our people.

29. Similarly, our recently issued Maintenance Policy targets artisans, carpenters, welders, tailors, painters, bricklayers, electricians, plumbers, landscapers and many more Ordinary Nigerians at the base of our economic pyramid who will get regular and large-scale opportunities to improve themselves.

30. It is an economic solution that also brings the relevant artisans and professionals into long term sustainable employment to maintain our Schools, Court Rooms, Hospitals, Police Stations, Federal Secretariats and other Public Buildings.

31. Human Capital Development has also been a key priority for this Administration, which has increased investments in health and education. Innovative measures have been introduced to complement the traditional budgetary allocations to the relevant Ministries.

33. Of course, our radical commitment to developing Critical Infrastructure is the foundation upon which we will deliver an all embracing national prosperity and a shared commonwealth.

34. There is no country that aspires to greatness without spending massively on its Critical Infrastructure. Rather than the discredited policy of ‘stomach infrastructure’, which could only benefit a few for a little while, we are focused on real infrastructural development for the growth of our economy and the long-term benefit of all Nigerians.

35. When you voted for our message of CHANGE, you invited us to assume office and depart from that bad and most regrettable choice. We have responded by making a choice for real infrastructure of Roads in every State, Housing in 34 States, Power Stations across Nigeria, Rail from Lagos to Kano.

36. The choice that now confronts us is whether we want to continue with real infrastructure development, which is the road to prosperity and jobs or return to the era of ‘stomach infrastructure’.

37. Agricultural Self-Reliance and Food Security is also a choice we made in fulfilment of your mandate for change.

38. Our Presidential Fertiliser Initiative has resulted in savings of US$150 million in foreign exchange due to local sourcing of inputs at 16 Blending Plants. It has also conserved N60 billion in Subsidies as well as supported tens of thousands of farmers and agro-dealers nationwide.

40. Through this programme, the Central Bank of Nigeria has cumulatively lent over N120 billion to over 720,000 smallholder farmers cultivating 12 commodities across the 36 States and Abuja. Targeted crops and livestock have included cattle, poultry, fish, cassava, soybeans, ground nut, ginger, sorghum, rice, wheat, cotton and maize.

41. As a result, we have seen a remarkable rise in the production of key agricultural commodities. I am pleased to note that in major departmental stores and local markets, there has been a surge in the supply of high quality Nigerian agricultural produce.

42. Behind each of these products, are thousands of industrious Nigerians working in factories and farms across the nation. Our interventions have led to improved wealth and job creation for these Nigerians, particularly in our rural communities.

43. Again, these outcomes have been a major departure from the previous focus on consuming imported food items, which literally exported our children’s jobs to food-exporting nations, whilst depleting our precious foreign exchange reserves. This, of course, caused a closure of our factories while keeping open other peoples’ factories.

44. The choice made by this Administration to assist farmers directly and promote agriculture in every way possible has gone a long way to enhance our food security while enabling us to tackle poverty by feeding over nine million children daily under our Home-Grown School Feeding Programme. It also puts us clearly on the road to becoming a food secure and agriculture exporting nation.

45. Next to Agriculture, we are focusing on Manufacturing Sector. The Purchasing Managers Index, which is the measure of manufacturing activities in an economy has risen for 22 consecutive months as at January this year, indicating continuous growth and expansion in our manufacturing sector.

46. I will conclude by going back to where I started: that our choices have had consequences about employment and cost of living.

47. In making your choice this time, please ask yourself whether, and in what ways, others will do anything different to address the issues of Agriculture, Infrastructure, Security, Good Governance and Fighting Corruption.

48. If they are only hoping to do what we are already doing successfully, we are clearly your preferred choice.

49. Think carefully and choose wisely. This time, it is a choice about consolidating on growth for Jobs and Prosperity.

51. The road to greater prosperity for Nigeria may be long, but what you can be assured of is a Leadership that is not prepared to sacrifice the future well-being of Nigerians for our own personal or material needs. You can be assured of my commitment to remain focused on working to improve the lives of all Nigerians.

52. Thank you very much for listening. God bless you, and may God bless the Federal Republic of Nigeria. 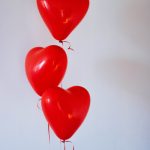 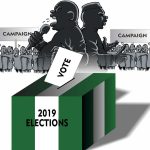