The Secretary to the Government of the Federation (SGF), Boss Mustapha said that President Muhammadu Buhari and his supporters are not worried about Atiku Abubakar’s plans to challenge Saturday’s presidential election result in court.

The Independent National Electoral Commission (INEC), announced Buhari of the All Progressives Congress (APC), winner of the presidential election after he polled 15,191,847 votes to defeat Atiku of the Peoples Democratic Party (PDP) who had 11,262,978 votes.

Atiku has rejected the outcome of the election, describing it as the worst in Nigeria’s history. He vowed to challenge the result in court.

However, Boss Mustapha who is also from Adamawa State, said there is nothing to worry about. He said:

“We are not jittery at all because the process was open and transparent. It was a credible election and we will continue to savour the victory. In the process too, we will extend the hand of friendship for the purpose of nation building and reconciliation.”

“Our electoral act and the constitution have both provided a window for whoever is dissatisfied with the process of election to seek redress. That is the path and we will encourage them to go along that path.” 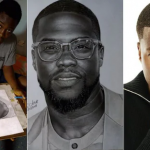 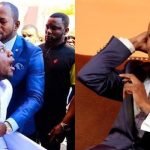