Edo State Governor, Godwin Obaseki has condemned the attack on Afuze Divisional Police Headquarters in Owan East Local Government Area of the state which led to the murder of four police officers.

The gunmen also attacked the office of the Independent National Electoral Commission (INEC) in the town, and destroyed electoral materials and burning down a police van in the compound.

In reaction, Governor Obaseki who visited the station alongside the Commissioner of Police in Charge of the 2019 elections in Edo, CP DanMallan Mohammed, condemned the act.

Obaseki said that the act was totally criminal and unacceptable. He assured the people that the perpetrators would be brought to justice.

“This level of criminality and gruesome murder of police officers is quite worrisome.

“I am going to make sure the culprits are found and we will get to the bottom of this,” he said.

He added that a section of the station that was destroyed would be rebuilt while the state government would render assistance to the families of the victims.

Also, the CP said that four police personnel were murdered, part of the station destroyed while three vehicles: two at the station and one at INEC office close to the station were burnt.

He said that three out of the five suspects freed during the operation had been re-arrested while nine improvised explosive devices (IUDs): five at the police station and four at INEC office were recovered.

Mohammed said that the incident was being investigated while he encouraged the people in the locality to go about their normal lives.

“We are at the first stage of investigation and we cannot say for now the motive behind the attack.

“We believe in community policing and we are doing what we can to get useful information from the members of the public to get to the bottom of the case,” he said.

The CP said that the property (arms and ammunition of the police) at the divisional office were not taken away during the operation. 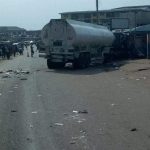 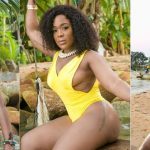