A Liberian woman based in the United States has revealed what she did to her alleged Nigerian husband who was cheating on her.

According to the woman who has been married to the Nigerian for over 8 years, she said she has caught him cheating on her few times but what broke the camel’s back was when he decided to travel back to Nigeria for vacation and to spend quality time with his family.

The woman revealed that she knew that the man was chatting with another woman in Nigeria about what they will do and where they will meet on his arrival.

The Liberian wife revealed that she feigned ignorance and allowed her husband to travel while promising herself to make him pay when he returns.

So when the man finally traveled to Nigeria, she decided to put up their big house for rent ($1,275 per month) and moved out with her children as she got another apartment while her husband stayed in Nigeria for two months.

When the man came back to the US, he found out what his wife had done.

He called her on phone and she told him she knew he was with another woman in Nigeria. She also said she won’t divorce him but will be separated from him for one year.

What the video below to hear her narration. 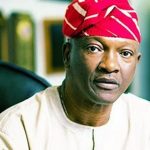 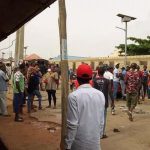