The All Progressives Congress (APC) is not on the result sheets of the ongoing governorship and house of assembly elections in Zamfara state.

The Independent National Electoral Commission (INEC) attributed the development to the court rulings on the internal crisis in Zamfara APC.

INEC had excluded the party from the 2019 elections as a result of the controversies which trailed the primary elections.

But last month, a Zamfara high court ruled that the party could field candidates in the elections.

In a statement, Rose Oriaran-Anthony, national secretary of the commission, said the party was omitted from result sheets because of the “suddenness of the court order”.

“The commission has just discovered that because of the suddenness of the court order, the party (APC) was omitted for the governorship result sheets. “This omission is deeply regretted,” the statement read.

“As a solution, the commission has decided to manually create columns in each of the Result Sheets after the last printed party, ZLP, and insert the APC.

“This does not affect any other information on the Results Sheet.”

Commenting on INEC’s readiness for the polls, Asmau Maikudi, resident electoral commissioner (REC) in the state, said the commission had completed all arrangements for an early start.

She said all elections materials which were distributed to all the 14 local government areas of the state under the supervision of party agents and other stakeholders had reached their destinations without any hitch.

Maikudi said the cooperation of the stakeholders in the state, especially security agencies, politicians and the media, was commendable. 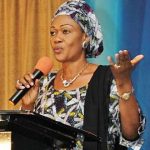 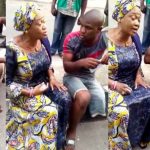