Two shameful Nigerian prostitutes left themselves bloodied during a public fight over customers in Napoli area of Italy.

According to reports, the sex workers have been at loggerheads following a disagreement between them over their meeting point of customers in the region and decided to tackle each other on the street.

In a shocking incident which was captured on camera, the Nigerian ladies can be seen punching and slapping themselves.

Despite the flow of blood from their faces and pleas from other Nigerians who reminded them of their illegal hustle (prostitution) in the foreign country, the ladies continued the fight as others looked on. 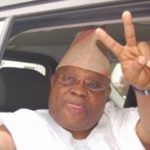 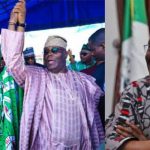