The Minister for Water Resources, Suleiman Adamu, has said Nigeria is set to become the world’s leader in open defecation with over 48 million people practicing it.

Adamu stated this on Saturday while speaking on the theme: Water, Sanitation and Hygiene for Sustained Development at the 3rd Founder’s Day ceremony of Edo University, Iyamho.

The minister, who was represented at the event by the Managing Director of Benin-Owena River Basin Development Authority, Ahmed Saliu, said Nigeria was unable to attain the Millennium Development Goals targets for water supply and sanitation because of poor investments, low capacity and other challenges. Adamu said:

“It is estimated that more than 48 million Nigerians practice open defecation and that placed Nigeria as the second in the world (behind India).

“So far there are 10 LGAs in the country that have attained open defecation free status.” 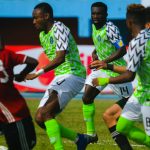 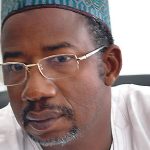