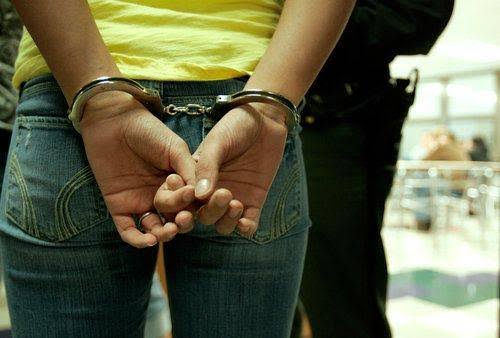 A 38-year-old Nigerian woman identified as Nawakoo Oluchi Chivoma has been arrested in India for allegedly duping over eight persons including a 21-year-old man from south Mumbai.

Indian Express Newspaper reports that Oluchi poses as an executive of an international pharmaceutical firm to allegedly offer her victims business deals for the procurement of herbal products, before swindling them of their money.

One of the victims, Prakash Devasi, said in his complaint that Oluchi had messaged his father on November 6, 2019. She went by the name Mark Nana, and claimed an international company was looking for an exporter of a herbal product in India.

“The complainant was asked to buy the raw material from particular companies in Assam and Rajasthan. These companies were conduits of the accused and were part of the fraud

“Devasi bought two litres of the product from a company at Rs 5 lakh. Later, an executive visited their office and said the quality tests were positive, offering to buy the product at double the previous rate. However, he said the company would need double the amount of the herbal product.

“Later, the complainant approached another company in Rajasthan, which he was informed of by the accused, and made an advance payment of Rs 5.8 lakh for 10 litres of the product.

“However, he then encountered another victim who was duped using a similar modus operandi and approached VP Road police station to lodge a complaint. The police registered a case under the relevant sections of cheating and began searching for the suspects using call data records.

“As the number was switched off, we located her with the help of a courier service that had delivered the herbal products at the complainant’s address,” the police said.

Oluchi was arrested in Navi Mumbai on February 27 when she met with a representative of the courier company to receive the herbal products. She was arraigned in court the following day, after which she was remanded in police custody till March 3.