The Assistant Inspector General of Police in charge of Zone 11, Mr. Leye Oyebade and the Commissioner of Police in Oyo State, Mr. Shina Olukolu, on Monday disclosed that one person has been arrested in connection with the killing of a member representing Akinyele/Lagelu in the House of Representatives, Hon. Temitope ‘Sugar’ Olatoye.

Olatoye died at the intensive care unit of the University College Hospital (UCH), Ibadan, on March 9, 2018, after he was shot in the eye during last weeks elections.

However, while addressing journalists, the two police chiefs, Oyebade and Olukolu disclosed that Olatoye’s killing was not in connection with the Saturday’s gubernatorial and State House of Assembly elections.

They insisted that about 18 persons were arrested in connection with various criminal activities while, six guns, nine live cartridges, axe and knives were recovered from the suspects.

The duo, who revealed that the police got enough facts and pieces of evidence that led to the arrest of the suspected killer of the lawmaker, said that the State Criminal Investigation and Intelligence Department (SCIID) had been carrying out investigations on the matter.

“We have got a suspect but we can’t reveal all the details. I was at the University College Hospital (UCH), Ibadan with the Oyo State Commissioner of Police on Saturday. The Chief Medical Director of the UCH was also with us.

“From that point, we picked up the investigation. I want to assure members of the public that the IGP’s mandate is that no stone should be left unturned in unravelling the cause of the incident.

“But the incident is not directly connected with the elections, going by the venue of the incident and the information we gathered of what happened prior to the incident.”

Olukolu said that he got the information about the attack on Olatoye by unknown assailants from the Divisional Police Officer at Iyana Offa while monitoring the governorship and state House of Assembly elections on Saturday. He said:

“I learnt that Sugar was ambushed and, in the process, sustained gunshot injuries in the head. He was immediately evacuated to the UCH for medical attention, but, unfortunately, he died at the Intensive Care Unit (ICU) of the hospital while receiving treatment.”

He added that the area where the incident occurred was cordoned, while he directed the Deputy Commissioner of Police, State Criminal Investigation and Intelligence Department (SCIID) to personally lead the team of investigators.

Olukolu while speaking on the deaths of other persons during the election revealed that the killing which occurs at Akanran in Ona Ara local government area was not related to the election. He said:

“The two suspects arrested in connection with the incident claimed they had a previous issue with the deceased, before fighting broke out again on the day of election, during which deceased collapsed and died. The vehicle they brought to the scene was also recovered.

“The third person that died was when a distress call indicated that about 15 hoodlums, who were armed, stormed a polling unit, approaching the venue with the mind of causing mayhem, snatching ballot boxes and inflicting injuries on members of the public.

“A team of patrolmen were deployed and there was a response. A shot hit one of the hoodlums and he died. A shotgun was recovered, indicating that these people did not mean well for the entire society. We are working on it; whatever the circumstances are, all these cases are being investigated by the police to determine what happened exactly and appropriate actions would be taken.” 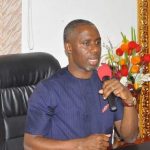 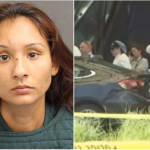