Stephanie Idolor, the NYSC member who filmed little Success after she was sent home from school because of fees, has been gifted with the sum of N2million cash by Prophet Jeremiah Fufeyin of Mercyland Church in Warri.

Success Adegor is the 7-year-old girl in the ‘dem go flog dem go tire’ video, that went viral a few weeks ago.

Stephanie Idolor had cried out a few weeks ago that she wants the family to show her a little appreciation for the role she played in bringing the story to the limelight. She said:

“It’s not like I want to share any percentage of the money they have made with them, they are my neighbours, but If Success and Her Family Have Made Over N5Million I deserve atleast N1Million”.

According to fresh reports, Stephanie has now received N2 million from Prophet Jeremiah because Success would not have been a sensation that moved Nigerians if Idolor did not film her. 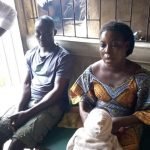 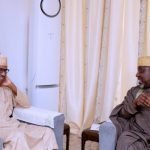