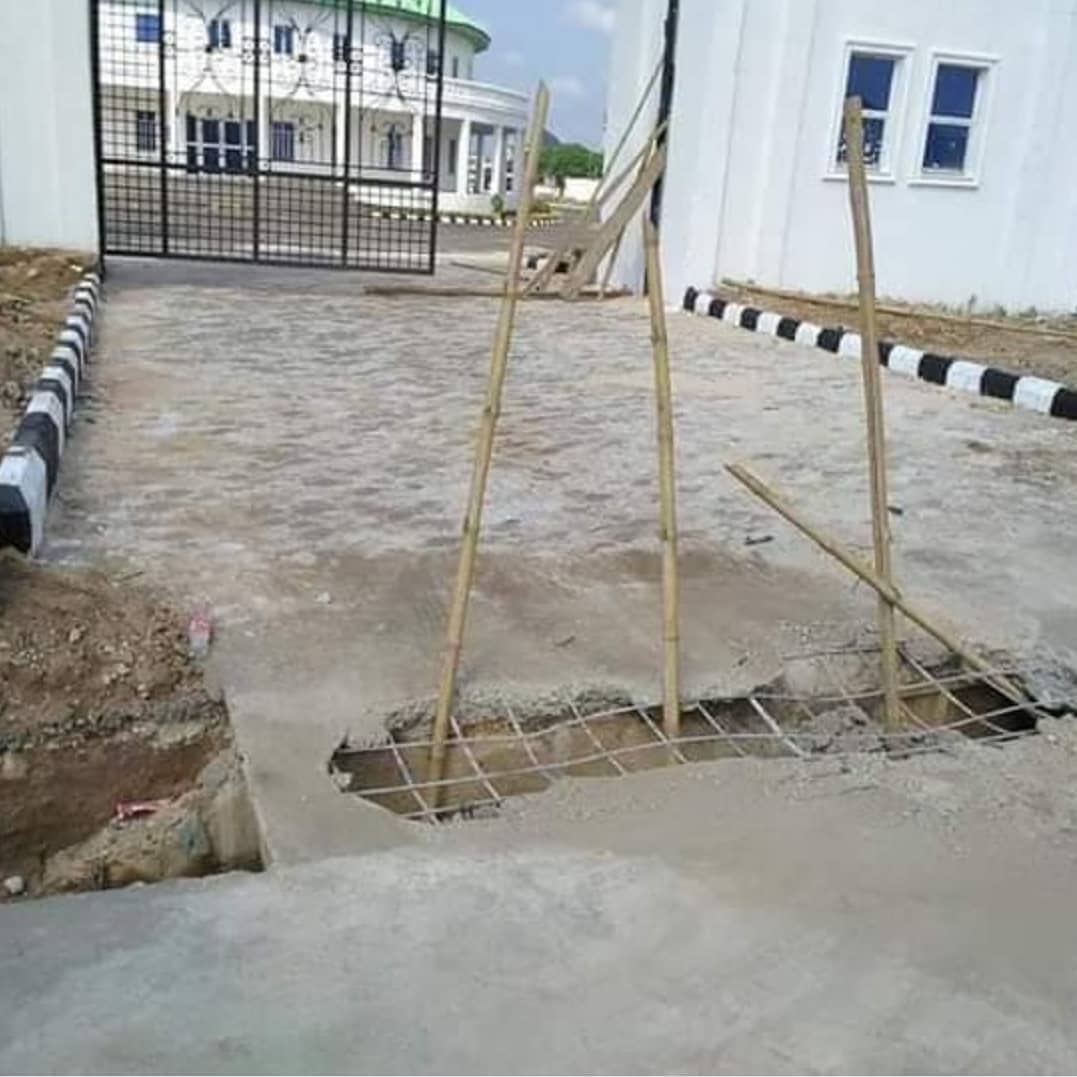 The entrance to the Imo exhibition center commissioned by the Vice President of Nigeria, Yemi Osinbajo in Owerri has just caved in.

This is happening less than 24hrs after the vice president commissioned the halls. 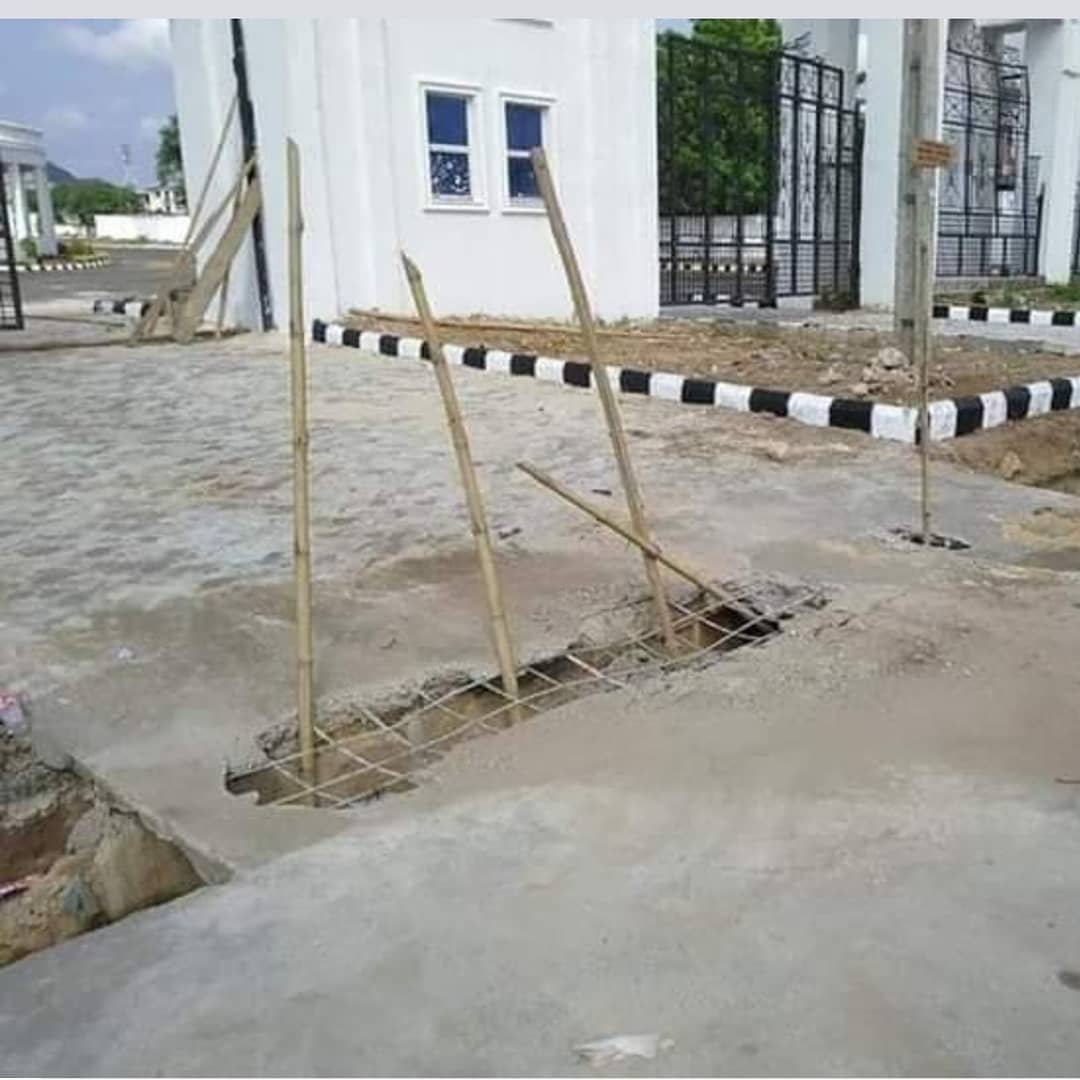 While commissioning the Imo International Exhibition Centre, Osinbanjo said he could testify of the great things Governor Rochas Okorocha has done in the state. He said:

“I have gone around the state on several occasions to look at so many projects that the governor has executed. As a matter of fact, on one occasion, we went to see one of the universities that he had just completed.

“When I went round the university complex, I realised that there is simply no other university that has the kind of physical facilities like that university has, at least in the history of Nigeria.

“So, I felt that it’s very important to recognize what His Excellency has done in these past 8 years. He is extremely commendable and I don’t know like many others, that have done the amount of work especially in infrastructure that he has done, Schools, hospitals etc. I’ve also commissioned hospital premises of the Air Force, the Police and others like them at 3 or 4 places. A lot of these projects like he said are not advertised or published in any way”.

“I’ve always found him very strange. I must say so because he’s otherwise someone who is not quiet but decided to keep quiet about his achievements. I’ve not been able to understand that because anybody who knows him will not say he’s a quiet man”.

“I want to say that he has done extremely well in this past 8 years and sometimes his contemporaries will choose to make loud noise for very few they have achieved”.

READ ALSO
If Sowore Was Igbo, He Would Have Been Out Of Jail By Now – Reno Omokri