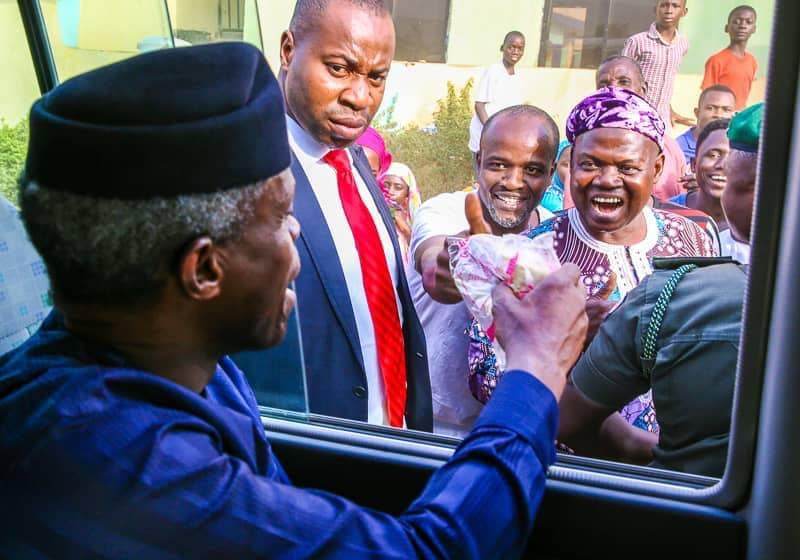 The Vice President, Prof. Yemi Osinbajo was visibly excited after his recent visit to a community in Abuja known as Jokwei.

According to reports, the vice president was invited by a group of local women who on their own had formed a Buhari Support Group in the neighborhood.

At end of the whole exercise, Osinbajo was tired and exhausted as he and his team entered the car to depart for the Villa.

A young man seeing the condition of the vice president – ran to a nearby kiosk, bought a loaf of bread and pursued the presidential convoy.

He caught up with the convoy and banged the window calling Osinbajo’s attention to his little gift, his widow’s mite.

The security men were about pushing him away, questioning his audacity when the Vice President asked that he be left alone.

Osinbajo opened his window, gladly accepted the loaf of bread from him and prayed for him for his kind spirit. 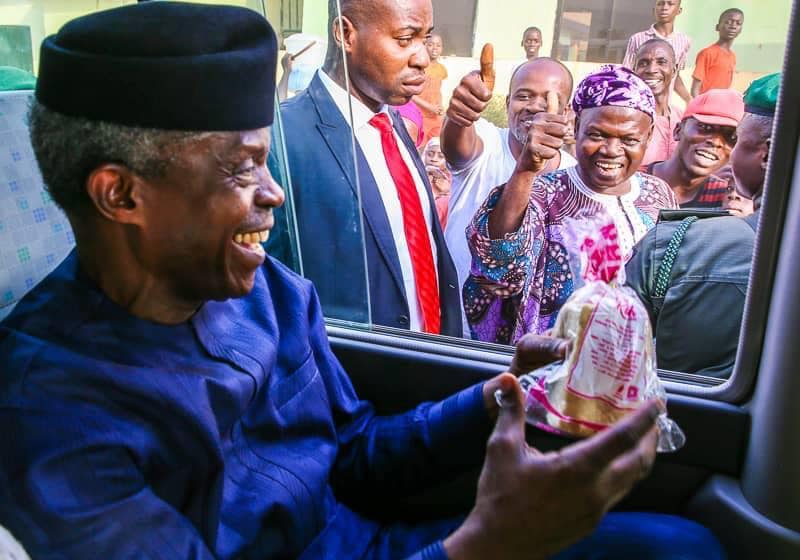 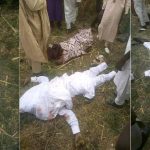 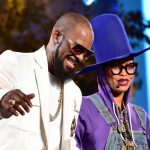