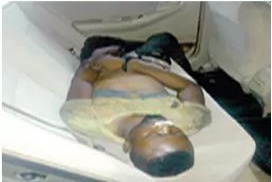 The deceased, Afeez Ganiu (25), and his driver were said to have brought a truckload of charcoals to Lagos from Kwara State when he was attacked with a plank by the revenue collector.

According to witnesses, the revenue collector officials were not around when Ganiu and his driver got to the ‘garage’. They waited for long and just as they were about drive off, one of the officials came. They paid the money.

They were about to drive out when another official, unaware that they had paid, opened the truck’s door and pulled Ganiu out. He attacked Ganiu with a plank and accused him and his driver of attempting to escape without paying the N4,000 levy.

One of the victim’s In-laws, Mr. Taiwo Bello, said:

“The driver and Ganiu were about to leave after they had paid, when suddenly, one of the revenue collectors appeared and dragged Ganiu out of the truck. The collector thought they had not paid. He attacked Ganiu with a plank. Ganiu and the driver used to come from Ote in Kwara State to sell charcoal in Lagos.

Bello explained that on the fateful day in question, the driver had already paid the money, before the arrival of another official. The official, who just arrived at the ‘garage,’ pulled Ganiu out of the truck and attacked him with the plank. The young man eventually fainted. Bello said:

“When the incident happened, the driver called my wife and I. We took him to a private hospital and from there we were referred to Ikeja General Hospital. He was confirmed dead on arrival. Fortunately for us, the suspect was arrested.

“The Divisional Police Officer (DPO) in charge of Adigboluja Police Station ordered that the suspect be detained. Right now, all we want is justice. I don’t understand why the deceased should be killed because of N4,000.”

“My husband and I were sleeping when I received a phone call about 5a.m. that my brother had been beaten to death. Immediately, we rushed down to the scene. When we got there I met my brother on the ground. We took him to a private hospital and we were referred. My brother was killed because of N4,000. Metro policemen, stationed on Lagos-Ibadan Expressway witnessed it and arrested the suspect. The plank used on my brother was two by two. My brother must not die in vain. We want justice.”

When our correspondent contacted the Ogun State Police Public Relations Officer (PPRO), DSP Abimbola Oyeyemi, to find out more about the incident and if the suspect had been charged to court, he didn’t pick his calls.

Oyeyemi also refused to respond to a text message sent to his mobile phone on the incident. 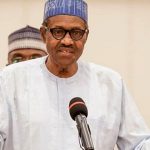 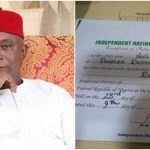