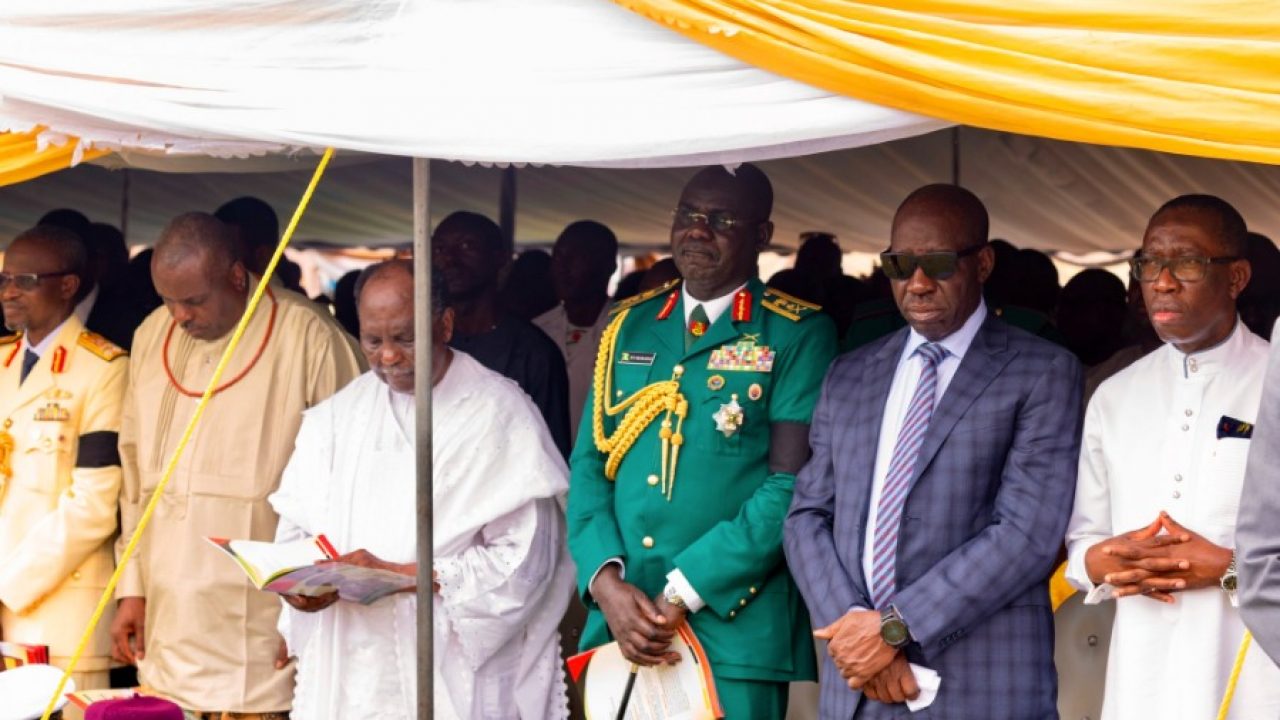 Gowon collapsed during the oration at the graveside of late Ejoor in Ovwor-Olomu Community, Ughelli South Local Government Area of the state.

Military personnel, however, made fruitless efforts to bar visual coverage of the ugly incident.

He was promptly rushed by military officials to a special tent for emergency resuscitation.

Military and Delta State ambulances were immediately stationed in front of the tent should they be needed to relocate the elderstatesman to the hospital.

According to NAN, Ibori and Okowa were later seen exiting the special tent, an indication that the former army general had recovered.