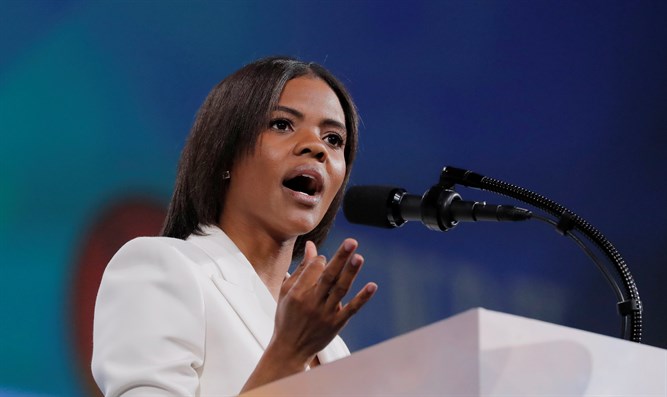 Candace Owens, an American conservative commentator and political activist has claimed that Nigerian-Americans are the most successful ethnic group in the United States.

Candace who is known for her pro-Trump activism and her criticism of the Democratic Party made the claim in a viral tweet via her verified Twitter handle, @RealCandaceO, on Wednesday, July 3.

According to her, Nigerian-Americans achieved the ‘success’ because “they weren’t exposed to the Democrat parasite of victimhood!” She wrote:

“Nigerian-Americans are the most successful ethnic group in the US!.

“If you want to know how it’s possible that blacks who come from under-developed Africa, keep outperforming blacks from overprivileged America— it’s because they weren’t exposed to the Democrats’ parasite of victimhood!”

Nigerian-Americans are the most successful ethnic group in the U.S!

If you want to know how it’s possible that blacks who come from under-developed Africa, keep outperforming blacks from overprivileged America— it’s bc they weren’t exposed to the Democrat parasite of victimhood!

Her tweet has also sparked conversations online with some Twitter users supporting her claim while others harassed her for being a President Donald Trump supporter.

One of the commentators, @Davidkemmpp, said, “They work their asses off — just ALL the legal immigrants from third-world countries do.

“You’ll never see one of the folks from Nigerians — or an Asian — begging on a street corner or camped on the streets. They WORK hard to advance.”

Another contributor, @Brucej62 said, “You bet. I have some good friends from college who are from Nigeria. Smart as hell and hard workers.”

A Nigerian, @Ajayioluwasayo, explained why his countrymen are successful in the US.

He tweeted: “Average Nigerians have moral values and have one thing or the other to pursue to give them an edge over others.

“We don’t see victimization as a limitation to our pursuit rather as an inspiration to pursue more. #Nigerianspirit.”

Yet, another participant in the discussion, @Micheledomes disclosed, “My son-in-law is from Nigeria and he is the most goal-driven man in his age group I have ever met.

“He is a super positive influence on my daughter and I love him dearly for who he is and how he loves her.”

A Twitter user, @DrBenLuno, added, “That’s exactly my point that such positivity should hit the global rooftop. Nigerians are great people individually, our government only mess up our collective strength.”

But not everyone agreed with Owens.

“This talking point is used to dismiss the systemic racism that affects African Americans by playing highly educated Nigerian immigrants against AA.

“Most Nigerians that relocate to the US already have a university degree so their children are most likely going to go to college which increases their chances of success.

“Did you know that most of the parents of those Nigerian-Americans were able to go to Nigerian university thanks to free or government-subsidized education?” Gates said.

@Kolatunosun said, “Such an ignorant, divisive, drivel. Many immigrants (Nigerians included) have already overcome financial and educational hardships before entering the US, which helps.

“We are also happy for the victories that have been fought and won by Democrats & African-Americans before us. Also, Trump doesn’t even want more Nigerians in the US (“shit hole countries”, remember?).

“Our successes in the US have not protected us from the same racist and discriminatory policies targeted at other people of colour, so what’s the point of this pablum?”

RAPE: When A Woman Accuses You Of Something, Nobody Will Listen To You – Pastor Adeboye