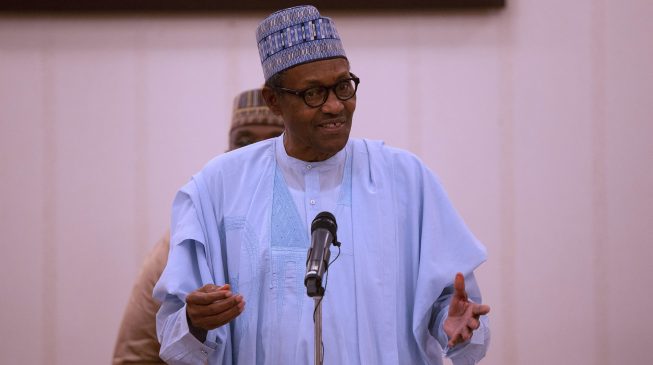 President Muhammadu Buhari says he has no plan to groom a successor for the 2023 presidential election and accused Nigerian youths of taking things for granted.

The president stated this while reacting to one of the requests made by the members of progressives in academics, who visited him at the State House, Abuja on Tuesday.

The spokesperson for the group, Dr. Bolariwa Bolaji, had earlier urged the president to groom a successor, who will take over in 2023. Bolaji said:

“We are delighted having you and in another four years you would want to go and rest – then who takes over from you? We are suggesting that you bring vibrant youths among people who have shown interest, bring them in so that you start saddling them with responsibilities and you will be watching over these next four years so that when you want to leave the circle, you would have vibrant youths to hand over to.

“This is one of the ways the gains of this government can be made to be continues – so that there will be continuity in what you are doing.”

However, President Buhari said he would rather stay away from identifying anybody as his successor so as not to create problem for such a person. The president said: P

“To me this is very funny. I think if I identify anybody I’d create more problems for him or for her.

“So, I’d rather keep my mouth shut. Let those who would want to be president try as much as I did. And I believe that those who are interested know that I tried three times.

“And the first time, I thank God and technology, PVC. Before, they just went on the television and they read the results. They said anybody who disagreed should go to court.

“And most of my supporters are looking for next day’s meal. They don’t have money to give to lawyers. So I said, ‘God dey’. So, the first time God and technology came along, PVC, they couldn’t rig the election, so I won.”

The president added, “I tried to work hard but I think you have a lot more to do you as intellectuals so that you correctly document Nigeria’s political development. It’s very important for the next generation.

“A lot of our young chaps are taking things for granted. Imagine to contest election three times ending up in Supreme Court three times. It needs a lot of conviction you know, and hard work.

“But people take success for granted. They say, ‘Ah, he’s the president’. They think I just closed my eyes and I got it?”

Woman Donates Her Kidney To Her Ex-husband, 5 Years After Their Divorce [Photos]

“Womanizing Is In My Blood, I’ve Slept With Over 2500 Young Girls” – Actor Oboy Siki [Video]