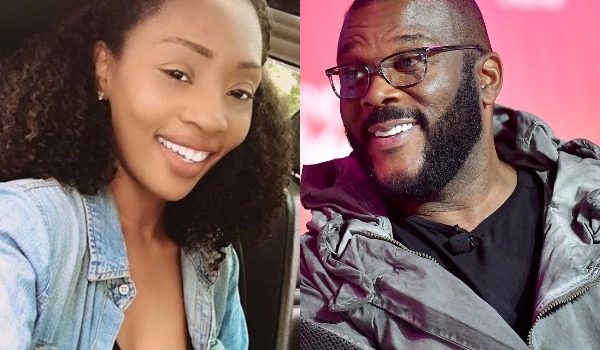 Racquel Bailey, the upcoming actress who paid $2,000 for a Billboard advert just to get Tyler Perry’s attention, has finally landed a role on his new TV show “Sistas”.

Tylor Perry got to know about the rising actress Racquel Bailey back in June when he spotted a billboard in Atlanta that specifically called out to him. 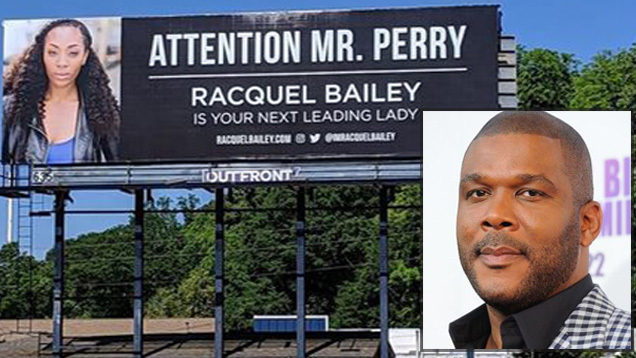 Tyler publicly scolded her on his Instagram page for escalating her attention-grabbing tactics and warned other aspiring acts to never do such ever again.

“This is not the way to get my attention if you’re looking for a role in one of my shows. Please DON’T DO THIS, SAVE YOUR MONEY!! This is the third time that someone has done this. PLEASE STOP! To audition is FREE!! I’m sure you can use that money for a better purpose,’ he wrote in the lengthy caption.

“And by the way, you were great in THE NIGHT OF! It was my favorite show a couple years ago. I ALREADY SAW YOU!! So just audition and keep your money!! Again, I appreciate your effort, but that’s not the way to work for me. God bless you dreamer. I have no doubt you will make it one day!!” he added.

His words of encouragement panned out for her. Racquel did not only got an audition, she but ended up on his new season 1 show for BET called “Sistas” where she reportedly plays a police officer who had a past relationship with one of the show’s leads, and there’s a chance she’ll return in season two.

It’s unclear if the auditions for her part were public or if she needed a special invitation to audition.

Still, she landed the part, so the billboard’s attention may have had a positive influence. She also has more major auditions coming up with some big-time directors and she’s incredibly grateful to Perry for giving her a boost.