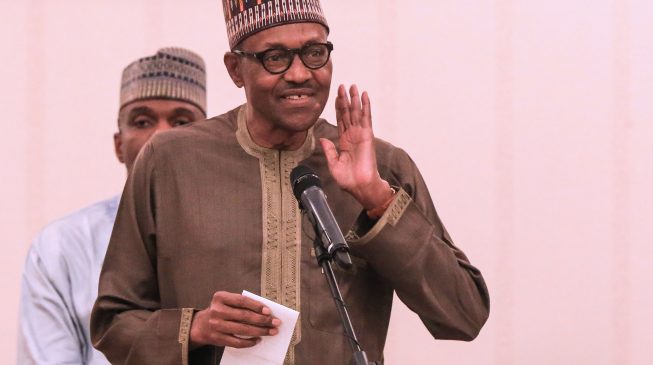 President Muhammadu Buhari has on Tuesday directed the Central Bank of Nigeria (CBN) not to give money to anybody for food importation into Nigeria.

In a statement issued on by his spokesman, Garba Shehu on Tuesday, 13th August 2019, Buhari noted that the country has sufficient food, enough for its citizens.

“President Muhammadu Buhari … disclosed that he has directed the Central Bank of Nigeria (CBN) to stop providing foreign exchange for importation of food into the country,” the statement partly reads.

“Don’t give a cent to anybody to import food into the country,” Buhari is quoted as saying in the statement, which noted that the call was in line with efforts to bring about a “steady improvement in agricultural production, and attainment of full food security”.

“The foreign reserve will be conserved and utilised strictly for diversification of the economy, and not for encouraging more dependence on foreign food import bills,” the statement added.

President Muhammadu Buhari Tuesday in Daura, Katsina State, disclosed that he has directed the Central Bank of Nigeria (CBN) to stop providing foreign exchange for importation of food into the country, with the steady improvement in agricultural production, and attainment of full food security.

The President, who hosted All Progressives Congress (APC) governors to Eid-el-Kabir lunch at his country home in Daura, said the foreign reserve will be conserved and utilized strictly for diversification of the economy, and not for encouraging more dependence on foreign food import bills.

“Don’t give a cent to anybody to import food into the country,’’ he said.

President noted that some states like Kebbi, Ogun, Lagos, Jigawa, Ebonyi and Kano had already taken advantage of the Federal Government’s policy on agriculture with huge returns in rice farming, urging more states to plug into the ongoing revolution to feed the nation.

“We have achieved food security, and for physical security we are not doing badly,’’he said.

President Buhari said he was particularly delighted that young Nigerians, including graduates, had started exploring agric-business and entrepreneurship, with many posting testimonies of good returns on their investments.

President Buhari said the incoming ministers will be “taught’’ and thoroughly guided to ensure they meet the targets of the APC-led government for the people, with regular monitoring of their performances and scaling up of targets by the Office of the Secretary to the Government of the Federation (OSGF).

The President assured that he will attend the Presidential Policy Retreat organized for the ministers by the OSFG, and insisted on compliance with laid down targets on key sectors of the economy that will directly impact on the livelihood of Nigerians.

In his remarks, the Chairman of the Nigerian Governors’ Forum and Governor of Ekiti State, John Kayode Fayemi, said the President’s sense of justice, fairness and forthrightness had turned a major inspiration to governors on the way forward for the country.

He said the challenges faced by states “were enormous’’, but the governors had remained undaunted, assuring the President of strong support and “the very best effort’’ to overcome all the obstacles.

The Chairman of the Progressive Governors Forum and Governor of Kebbi State, Alhaji Atiku Bagudu, appreciated the President for the unique leadership style of maintaining a healthy relationship with governors on individual and collective basis, pointing out that they had been “energized’’ to do more in their states.

The governor commended the President for making bold and courageous efforts to reposition the economy for majority Nigerians through inclusive policies.

The governor said the party had been repositioned, after the 2019 elections, to work for the benefit of the majority of Nigerians, noting that “there will two elections this year and we need to work towards winning the two states.’’

Senior Special Assistant to the President 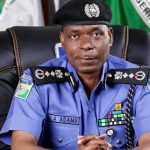 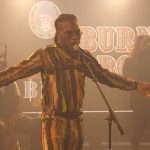