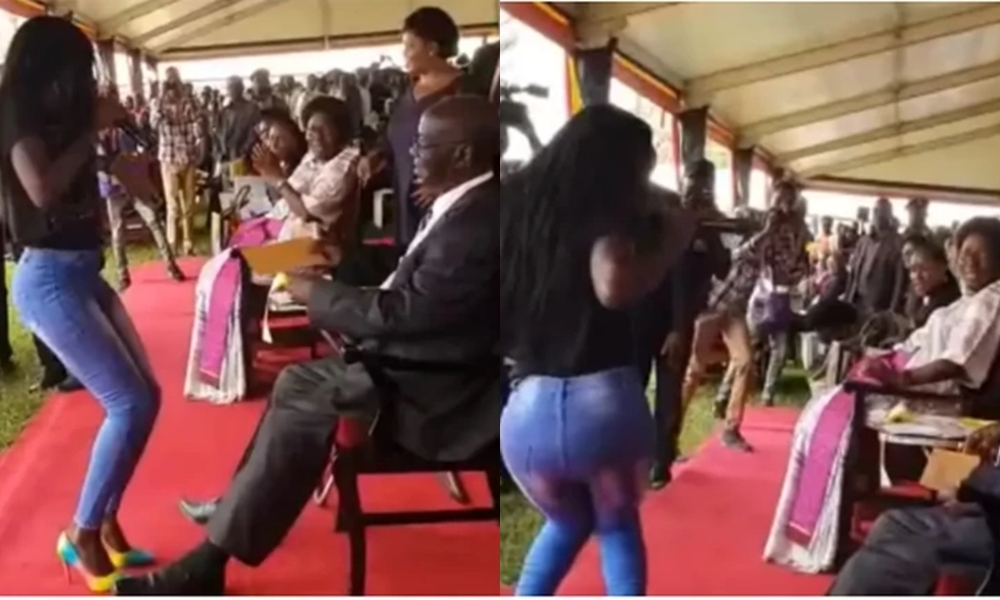 A viral video the moment a female Ugandan musician who was bent on triggering the animal in the country’s vice president danced provocatively in his presence until he rewarded her with a brown envelope.

VP Edward Ssekandi and other dignitaries were at Jinja, Uganda to grace the International Youth Day celebrations when the bodacious musician walked up to him uninvited to tempt him with her killer curves.

With her huge backside, the lady gave the vice president unsolicited twerking until he was nearing the apex of his endurance that he began to move his legs. He turned around in discomfort and rewarded her with a brown envelope that is assumed to be cash. 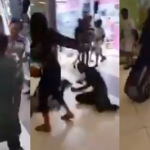 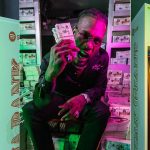