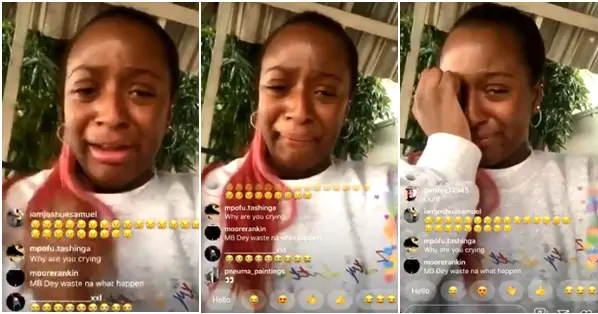 Billionaire daughter, DJ Cuppy got her fans worried about her emotional breakdown on social media.

The “Gelato” singer who had an interactive session with her fans earlier today on Instagram Live broke down in tears and abruptly ended without giving an explanation.

What could be the reason for her breakdown – Could it be as a result of the recent xenophobic attacks on Nigerians by South Africans? or the current situation in Nigeria? Who knows?

Well, here are what her fans have to say:

Heard DJ Cuppy was crying yesterday on her IG live. Hope she’s okay now? Whatever the case may be, you are living your dream. Doesn’t matter if you are where you want to be, as long as you have started, it’s big achievement on its own. #FreeCuppy

DJ Cuppy is such a happy person, why is she crying on IG Live? I am genuinely worried tho. Hope she is okay & not letting people's comments get to her. She was genuinely crying & its Heart breaking to see ??

DJ cuppy it's normal to cry, cry those pain out. You'll be fine at the end of the day, but have this at the back of your mind that Musically you're not good. ??

Dj cuppy was crying on her instagram live and someone says “ MB Dey waste. Wetin happen”

There is a limit we reach where we no longer form to be happy as we show on social media.

DJ Cuppy probably reached that limit yesterday. She is obviously not the best Singer around but History will remember that she Sang.

That's history, not your opinion is what's important.

Did some really say that DJ Cuppy should cry straight to the point and stop crying around the bush??? pic.twitter.com/tRm0YF616e

If I were DJ Cuppy
I'd focus more on the
Love get fro the few than
The hate flowing in fro the
Others. #FocusOnPossitivity

DJ Cuppy's crime is that her father is rich and she is determined to ALWAYS do the things that make her happy.

Dj Cuppy was handling the trolls quite well.
Thought she had mastered the 'dark side' of social media.
Personally feel, those tears were over something else.

Please if DJ CUPPY songs have tire you people
Please just leave her alone!
That girl is naija barbie!
For those who watch cartoons!
If you don't understand her ways then fuck off her way!

So Dj Cuppy was crying on iG live video and a follower was like mb dey waste,wat happen?
I can't stop laughing???????

someone said Dj cuppy was crying because they caught her copying someone's music pic.twitter.com/Iv4YxvDniy

DJ Cuppy is trending because she cried… Father when? How many cry I don cry for this year wey even my neighbours no greet me. ??

DJ Cuppy opened her Instagram live video and started crying straight away and someone want me to believe that it's not a new form of clouting ??‍♂️?‍♂️?‍♂️. Alright make una continue

Dear Dj Cuppy I understand you, and we your fans we love you❤…. But to stop the bullying start doing giveaway from today????

A lot of people with issues in this country, i just saw a video of Dj Cuppy on IG,she was in tears…i read through the comments and people saying all sorts…its only in Nigeria that i know that if you're rich,its a problem and if you're poor its its another problem. 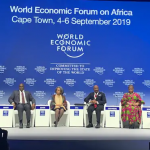 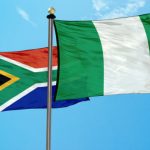