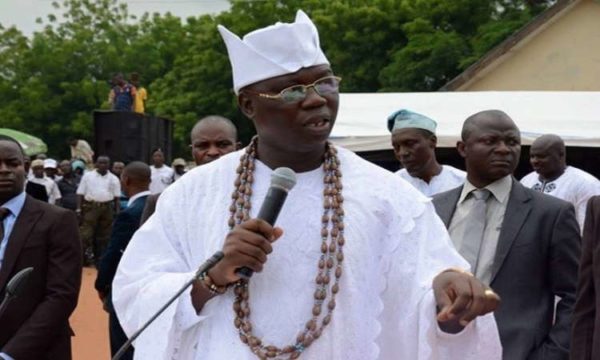 The leader of the Oodua People’s Congress (OPC), Gani Adams says that the border closure seems suspicious because the policy has seriously affected the South-West economy more than any other region in the country.

Gani Adams, the Aare Onakakanfo of Yorubaland, stated this while speaking during the 2019 edition of the Olokun Festival in Badagry on Thursday, October 24, 2019.

The OPC leader expressed worry over the closure of the Nigeria – Benin border by the federal government, adding that the policy was suspicious as it bears huge implications on the economies of Lagos and the southwest. Gani Adams said:

“The federal government had ordered the closure of the border, but unfortunately, the closure seems suspicious to me. This portends grave danger to us, because the economic implications of the border closure will largely affect us more in the south west than any other regions.

“Let me express my worry over the closure of the Nigeria-Benin border,” the traditional leader said.

“It is unfortunate that the Nigeria – Benin border had to be shut, however, the closure seems suspicious to me because the borders in the North still operate conveniently without anybody blinking an eye.

“This portends grave danger to us as a people because the economic implications of the border closure will largely affect us more in the southwest than any other regions.”

He, however, urged the Federal government, to as a matter of urgency, re-open the border and make sure that the necessary arrangements are made to forestall illegal smuggling of rice and other valuables into the country.

”We can reduce the unlawful smuggling of rice and other items into the country. It involves proper planning and documentation from the Nigerian government and the officials, including the Immigrations and the Customs must be up and doing in ensuring that the law is effective,” he said.

Iba Gani Adams also appealed to the southwest governors to join him in projecting the cultural identity of the Yoruba race to the world.

Meanwhile, Gani Adams had warned Fulani herdsmen that he is a warrior and can mobilize one million Yoruba people for battle.

Lamenting the insecurity in the land, Adams said no Governor in South West should allocate any portion of land for cattle ranching or colony to Fulani herdsmen, saying Yoruba history would not forget and forgive anyone of them who did so. 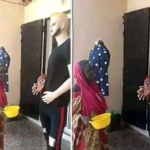 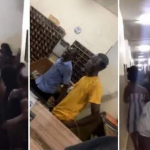