Akwa Ibom State Government has suspended 71 pupils, suspected to be cultists, for allegedly attempting to burn down their secondary school in Uyo Local Government Area of the state.

The Commissioner for Education, Prof Nse Essien, announced the suspension of the 71 secondary school pupils when he led some management staff of the ministry and other stakeholders in the education sector to assess the situation, with a view to proffering a lasting solution.

Punch reports that the 71 pupils of the Government Secondary School, alleged to be members of a cult group, took the law into their hands and vandalized the school property.

The pupils also held the Principal hostage for several hours and attacked security personnel in the school.

Expressing his dismay at the attitude of the pupils, Essien said the school was the right of everyone and it should be protected.

He said the Akwa Ibom State Government would not fold its hands and allow hooligans take over the school, adding that anybody found culpable would be severely punished.

Stressing that those who took part in the incident were not bonafide pupils of the school, he called for the cooperation of all, including the security agencies, to fish out the bad eggs.

“All the 71 pupils will be suspended indefinitely for their part in the acts of violence and insubordination, except proven otherwise.

“We got some of the names through intelligence. This measure is meant to sanitise the system and serve as deterrent to others” he said.

He added that the final-year pupils among them would have their names removed from the list of WASSCE candidates to further buttress government’s zero tolerance for indiscipline.

The commissioner blamed the teachers for the poor upbringing of the affected pupils, which he claimed had contributed to their actions.

“As teachers, it is your job to instill discipline in the pupils and to forestall a breakdown of law and order in our schools. Any teacher who is accustomed to lateness, negligence of duty and other forms of misdemeanour will face serious sanctions”, he said. 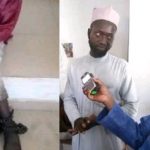 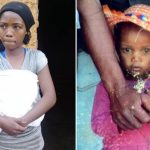