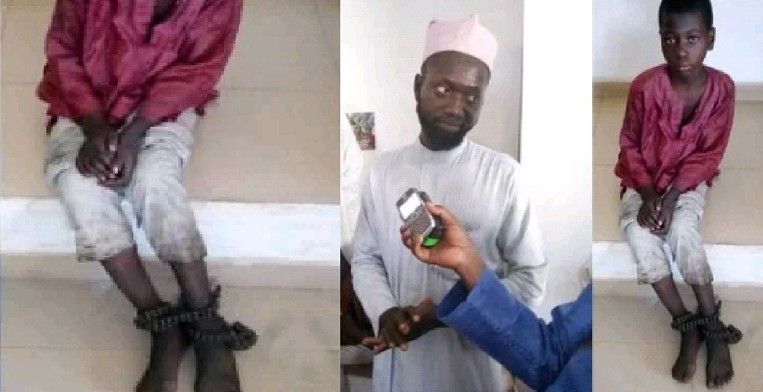 A man identified as Malam Abubakar Mohammed has been arrested for putting his 10 years old son, Mohammed, in chains and locking him up in the house in Minna, Niger State.

According to DailyTrust, the man took the action because his son is skipping school and keeping late nights with his friends.

The boy was said to have been rescued yesterday morning when he crawled to the entrance of the house to get neighbors’ attention.

The boy, Mohammed, was taken with the chains tied to his hands and legs to the Child Rights Agency where the padlock used to secure the chains was broken.

Speaking to The Nation, the boy said it was not the first time his father, who is a cleric, was chaining him, adding that he was usually tied with a rope.

The victim said that the reason his father chained him was that his headteacher reported that he did not come to school.

He said that on getting home on Tuesday, his father beat him up, refused to give him food and chained him, adding that he left the house the following morning, leaving him in chains. 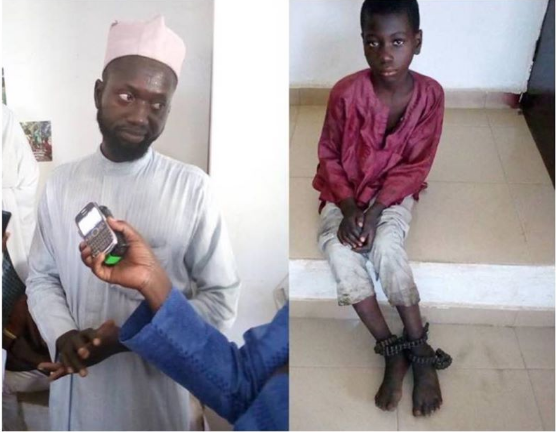 In his defence, Abubakar said his son had not been going to school and returns late at night despite several warnings. He said that he meant no harm, and that it was just his way of disciplining the boy in order for him not to become wayward.

The man said he chained and locked the boy up on Wednesday morning after he went for the early morning prayers and did not see him in the mosque.

“We looked for him everywhere but couldn’t find him. In fact, he apparently did not sleep at home; so I went to where they normally hang out with his friends and saw him sleeping. .

I took him home and decided to use chain to prevent him from going anywhere until I returned from a naming ceremony but when I got back, I learnt some people from the human rights have taken him,” he explained.

The Child Rights Agency said the state government would take-over the welfare of the boy after the required counselling, adding that the custody would be transferred to the mother who is living in a community in Katcha local government area of the state. 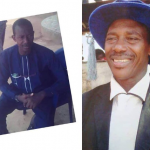 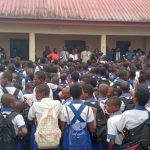