Lagos State Government has indefinitely shutdown Dowen College in Lekki over the tragic death of a 12-year-old student, Sylvester Oromoni Junior, who was allegedly killed by his colleagues for refusing to join a cult group.

The management of Dowen College had announced that the school will shut down its academic operations for two days due to the continued outrage tailing the death of the student.

But in a statement on Friday, Lagos State Ministry of Education said the school has been shutdown ‘indefinitely’ to allow for investigations into how Sylvester Oromoni died under allegedly controversial circumstances on Tuesday.

“The Lagos State Government has ordered the indefinite closure of Dowen College, Lekki , pending the outcome of an investigation into the death of Sylvester Oromoni Jnr, a student of the school.

“Commissioner for Education Mrs. Folasade Adefisayo announced the closure after a meeting with the School Management and Staff.

“The Commissioner called for calm, saying no effort will be spared in getting to the root of the incident.

“The Commissioner, in an earlier statement, commiserated with Sylvester’s family.

“The Commissioner for Education, Mrs. Folasade Adefisayo, notes that this incident is shocking and the State is indeed sad about this great loss.

“The State Government is in touch with the parents in this difficult time.

“We reassure the family of the late Sylvester Oromoni Junior and Lagosians at large that efforts are being made to unravel the circumstances leading to his demise, even as we reiterate the Government’s commitment to Child Protection.”

KanyiDaily recalls that Sylvester Oromoni’s Father has narrated how his 12-year-old son was tortured and fed a chemical substance for refusing to join the cult group, adding that the boy suffered liver enlargement due to congealed blood before his death. 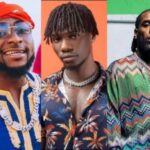 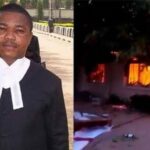