A Nigerian pastor has been reportedly arrested by police in South Africa for vomiting ‘miracle money’ in his church.

According to Mwebantu.com, Prophet Andrew aka Seer 1 was arrested on Sunday in Polokwane, Limpopo following a service where he promised to give free miracle money.

Prophet Seer 1, is likely to face charges of fraud and trickery as this is not the first time he would be presiding over a questionable miracle in South Africa and other African countries.

The cleric was reported to have lured hundreds of South African Christians to his church in 2018 and vomited money during miracle hour and the congregants jostled to pick the monies as they came out from his mouth.

Reports say Prophet Seer 1 had told the congregation that he carried several millions of different currencies inside his stomach before he started vomiting them. 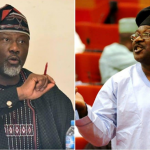 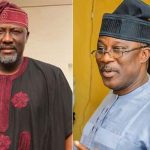