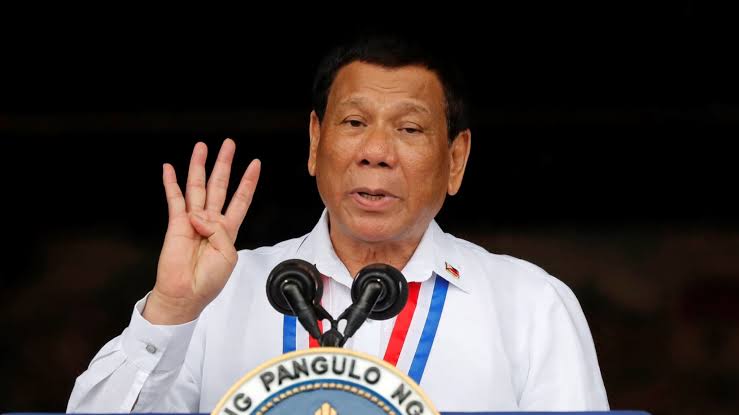 Philippine President, Rodrigo Duterte has banned two U.S senators from entering the country over proposed U.S. sanctions on the Philippines following the detention of a critic of the country’s government.

President Duterte ordered the Bureau of Immigration to deny U.S Senators Richard Durbin and Patrick Leahy entry to the Philipines.

He also threatened to impose a requirement on U.S. citizens to obtain visas in the country if any Philippine official involved in the jailing of Senator Leila de Lima is denied entry to the United States.

“The Philippines is immediately ordering the Bureau of Immigration to deny US Senators Dick Durbin and Patrick Leahy – the imperious, uninformed, and gullible American legislators who introduced the subject provisions into the 2020 budget – entry to the Philippines.

“Should a ban from entry into U.S territory be enforced against Philippine officials involved in – or by reason of Senator de Lima’s lawful imprisonment.

“This government will require all Americans intending to come to the Philippines to apply and secure a visa before they can enter Philippine territory,”Panelo said.

He noted that Durbin and Leahy were imperious, uninformed and gullible for believing that de Lima was wrongfully imprisoned.

“The case of Senator de Lima is not one of persecution but of prosecution, he said.

“In fact, it is already being heard by our courts.”

De Lima has been detained since February 2017 over allegations she received payoffs from jailed illegal drug lords when she was head of the Department of Justice.

She has denied the allegations, and accused the Duterte administration of political persecution.