The Senate has asked the Federal Government to initiate a sustainable unemployment fund for the payment of living stipends to unemployed Nigerians until such persons secure employment.

The upper chamber made this request on Wednesday, December 11, 2019, while calling on the government to declare a state of emergency on the provision of employment to Nigerian youths.

The directive was sequel to the consideration of a motion by the immediate past Deputy President of the Senate, Senator Ike Ekweremadu.

The Senate lamented the high rate of youth unemployment in the country and stressed the need to tackle it.

It also urged the Federal Government, through the Ministry of National Planning, to put up mechanisms and programmes that would provide employment for teeming unemployed graduates/youth at all tier of government.

The red chamber called for the immediate revitalisation of moribund industries, while new ones should be built.

The upper chamber said the inability of the government to provide employment for the large numbers of graduates “is a time bomb waiting to explode.”

Leading the debate, Ekweremadu said that a report published by the National Bureau of Statistics in 2019 states that Nigeria’s unemployment rate stood at 23.1 per cent of the workforce in the third quarter of 2019.

He also said that the Minister of Labour and Productivity, Senator Chris Ngige, has raised the alarm that Nigeria’s unemployment rate would hit 33.5 per cent by 2020. He said:

“Any nation with such number of unemployed, but employable youth population, is only sitting on a keg of gunpowder.

“Senate is perturbed that the most pressing demand on the hand of every legislator and public officer is the rising number of Curriculum Vitae and application for employments from constituents and Nigerians.

“A situation where every graduate has to queue up for job only in government offices is an indication of the breakdown of private sector, which is the major driver of world economies.” 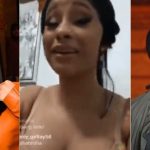 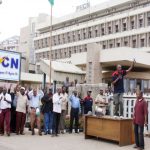