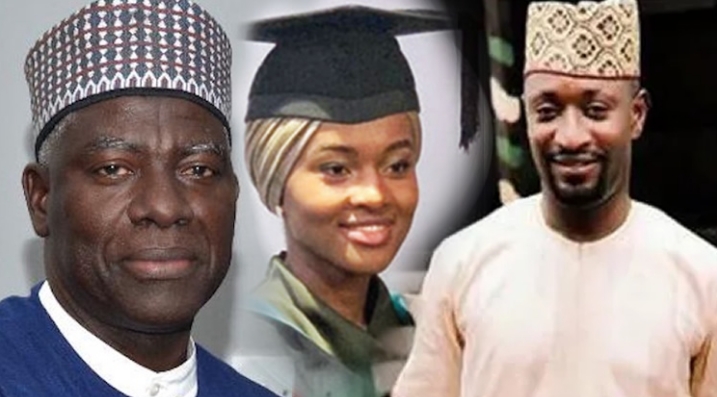 A young business man, Anthony Okolie has taken legal action against President Muhammadu Buhari’s daughter, Hanan, the Department of State Services (DSS) and MTN Nigeria over the violation of his fundamental human rights.

KanyiDaily had reported that Anthony Okolie was arrested by the DSS and detained for 10 weeks for using an MTN simcard that previously owned and abandoned by Hanan Buhari.

The man was said to have bought the MTN phone number in 2018 after it was recycled and put up for sale by the popular telecommunications network provider.

Okolie, through his lawyer, Tope Akinyode, has finally a suit filed before the Federal High Court in Asaba, Delta State, demanding N500 million from DSS, Hanan Buhari, as well as MTN.

The suit, with number FHC/ASB/CS/3/2020, is seeking an order to “compel the respondents (DSS, Hanan and MTN) jointly or severally to pay the applicant the sum of N500,000,000 only as general and aggravated damages for the gross and unlawful violation of the applicant’s right to acquire moveable properties, freedom of movement and self dignity.”

The 33-year-old man said in a supporting affidavit that he was arrested on July 19, 2019, in Asaba, Delta State, for using a telephone line that was previously owned by Hanan.

According to him, he remained in custody, bound by handcuffs, till September 22, 2019, as the DSS waited for Hanan, who was schooling in the United Kingdom, to come and clear him but she never did.

Okolie also attached the receipt he was issued after purchasing the SIM card as well as the SIM certificate.

The affidavit read in part: “That on December 8, 2019, at Ogbeogonogo Market, Nebu Road, Asaba, Delta State, I purchased a SIM card with Phone Number, 09035666662, for the sum of N1,000 only and I received a SIM pack with accompanying documents as a result as evidence of purchase receipt.

That in line with relevant regulations, I approached a kit operator of the 3rd respondent (MTN) named Jeff, who captured my biometric and registered the SIM card in my name and on my behalf.

“That in July, 2019, I visited my business associate at his residence in Asaba and saw him being taken away by officers of the 1st respondent (DSS). During the process, they obtained information from him on who he communicated with last over the phone and my associated announced that it was me.

“That immediately afterwards, officers of the 1st respondent (DSS) arrested me and led me to their vehicle, asking me to keep quiet and drove me to their offices in Asaba, Delta, State.

“That after a while, they disclosed that my arrest was ordered by the Presidency and I had to be taken to Abuja for further interrogation on which basis they drove me to Abuja by road the following day.”

The applicant stated that he explained to the DSS how he bought the SIM card but he was informed that the phone line, which was linked to his SIM card, was once used by Hanan.

“They thereafter labelled me a criminal for using a phone line that previously belonged to the 2nd respondent,” he said.

Okolie alleged that because of the personality involved, his case file was tagged, ‘First Family’ and he was denied access to his lawyers.

The trader claimed that his mother, who was not allowed to see him, developed high blood pressure while he lost a N5m business deal.

He added, “They also disclosed to me that the President wants to see me and my case was boldly earmarked, First Family. Based on the foregoing, officers of the 1st respondent (DSS) maintained that the 2nd respondent (Hanan) must be available to clarify her allegations against me before I was allowed freedom from their facilities.

Okolie asked the court to declare that his long detention was an abuse of his fundamental human rights.

He asked the court to declare that the actions of the DSS contravened sections 35 and 34 of the 1999 Constitution. 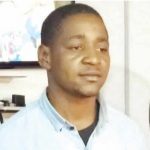 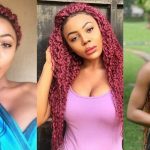