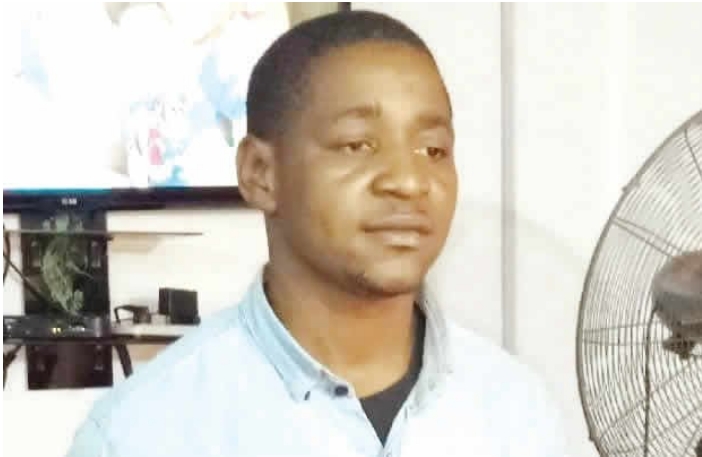 Ogun State Police Command has arrested a 25-year-old cobbler, Olamide Babayemi, for recording himself while raping a 22-year-old serving National Youth Service Corps (NYSC) member, and sharing her nude video with his friends.

The Police Public Relations Officer in the state, Abimbola Oyeyemi, disclosed this in a statement on Sunday.

According to the police, Babayemi committed the crime on January 2, 2020, after he invited the victim, whom he claimed was his girlfriend, to come and collect the phone she asked him to buy in Mowe, Obafemi-Owode Local Government Area of Ogun State.

“The victim came to the Redemption Camp Police Station and reported that she gave the sum of N18,000 to the cobbler, whom she had known for quite some time, to buy a mobile telephone for her,” he said.

“She explained further that the cobbler, who refused to either buy the phone or refund her money, suddenly called her on January 2 to come to the Greenland Estate in Mowe to collect the phone.

“On getting there, the suspect forcefully removed all her clothes and raped her.

“The victim stated further that after he had forcefully had carnal knowledge of her, the suspect soaked her clothes in water and used his phone to record her nudeness, which he started sending to some of his friends.

“When he realised that the victim might report him to the police, he made an attempt to snuff life out of her, but she was lucky when the suspect’s mother called him on the phone to come and meet her at the gate of the estate, which gave her the opportunity to escape.

“On the strength of the report, the DPO, Redemption Camp Police Station, CSP Chris Amanyi, mobilised detectives to go after the suspect, who had taken to his heels, and he was eventually apprehended on January 4, 2020, when his mother brought him to the station.

“On interrogation, the suspect, who claimed to be the victim’s boyfriend, confessed that he committed the crime, but blamed the girl for calling it quits with him after she graduated from the university.

“When asked for the reasons behind recording the nude video of the victim, he said he did so to prevent her from reporting him to the police.”

The PPRO added that the Commissioner of Police in the state, Kenneth Ebrimson, had ordered the immediate transfer of the suspect to the State Criminal Investigation and Intelligence Department for further investigation and prosecution.

Meanwhile, A 45-year-old man identified as Paul Ihuaka, who was arrested for allegedly raping his mother, has now confessed to the crime.

Ihuaka said he raped his mother because he could not resist the urge for sex, adding that he was under the influence of alcohol. 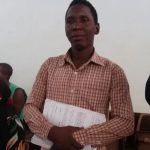 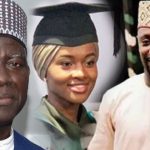