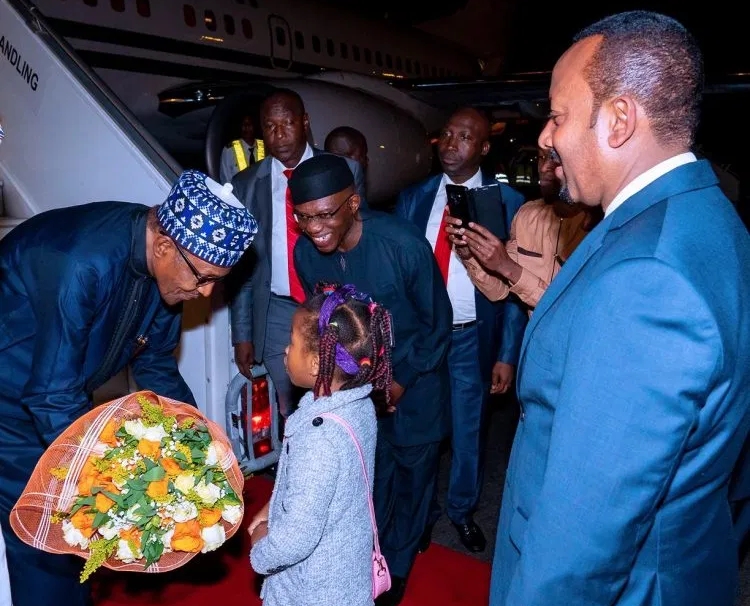 President Muhammadu Buhari on Friday night arrived Addis-Ababa Ethiopia with Hope Uzodinma, the governor of Imo State, and Prof. Ben Ayade, governor of Cross River State ahead of 33rd Ordinary Session of the Heads of State and Government of the African Union (AU).

The were received by the Prime Minister of Ethiopia, Abiy Ahmed, and Nigeria’s Ambassador to the North African country, Ambassador Bankole Adeoye, among others. 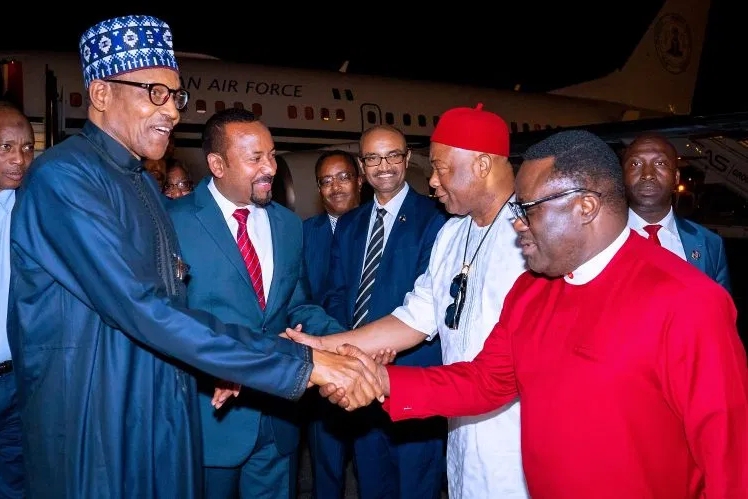 Earlier, the Presidency in a statement said President Buhari would be with other leaders from the 55-country organisation for the AU Summit with the theme, “Silencing the Guns: Creating Conducive Conditions for Africa’s Development.” 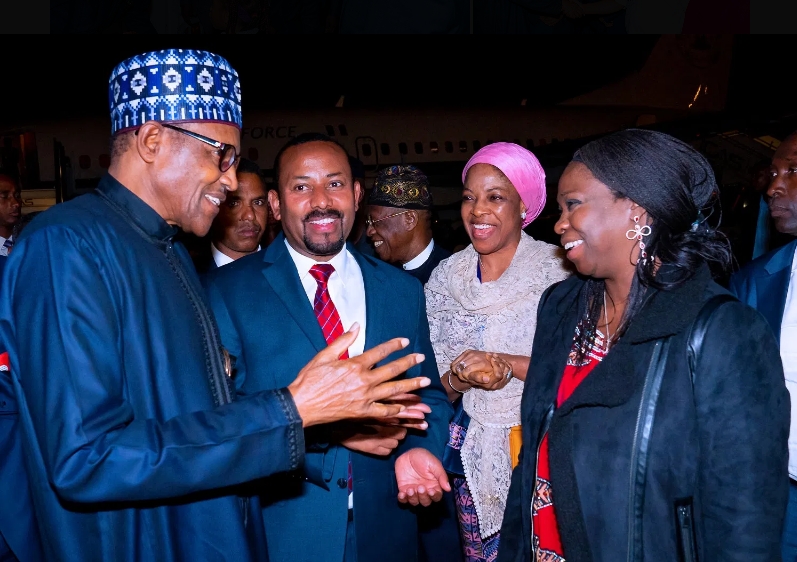 The meetings, according to the statement, will precede the 33rd Ordinary Session of the Assembly.

On the margins of the summit, the President would deliver a keynote speech at a High-Level Side Event on “Stop the War on Children: Dividend of Silencing the Guns.”

He would also hold bilateral meetings with several leaders and begin a state visit to Ethiopia on February 11, at the invitation of Mr Ahmed. 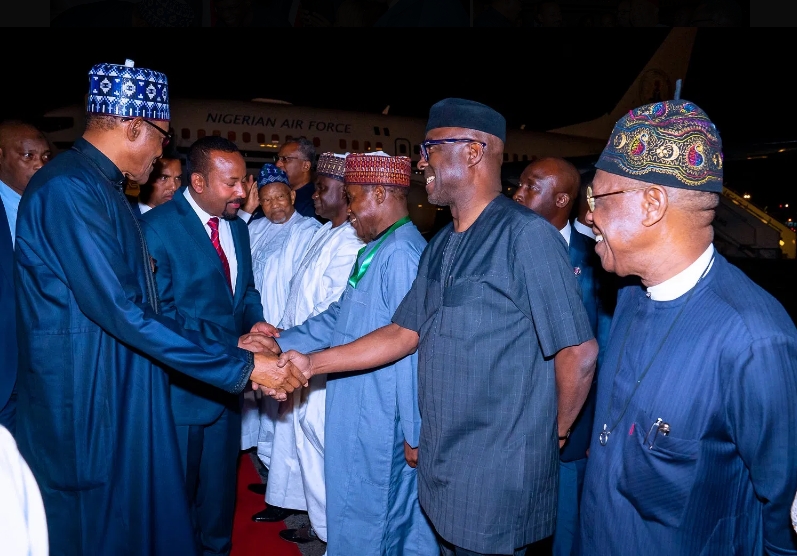 The chairmen of the Committees on Foreign Affairs in the Senate and House of Representatives, Senator Adamu Bulkachuwa and Yusuf Baba, were also part of the leaders accompanying the President. 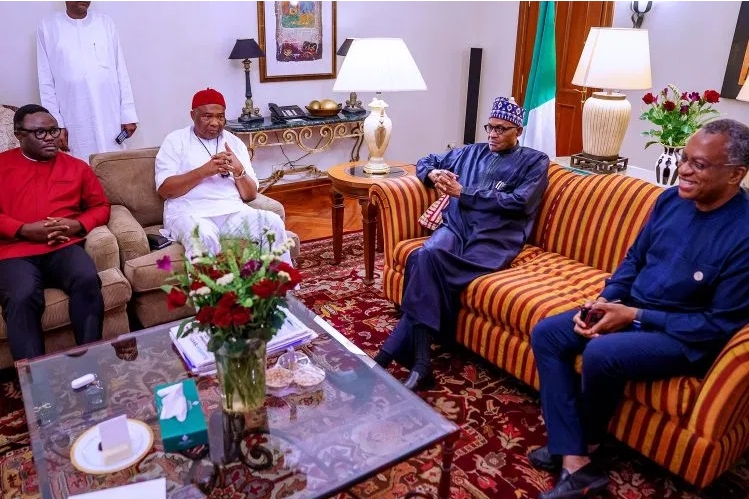