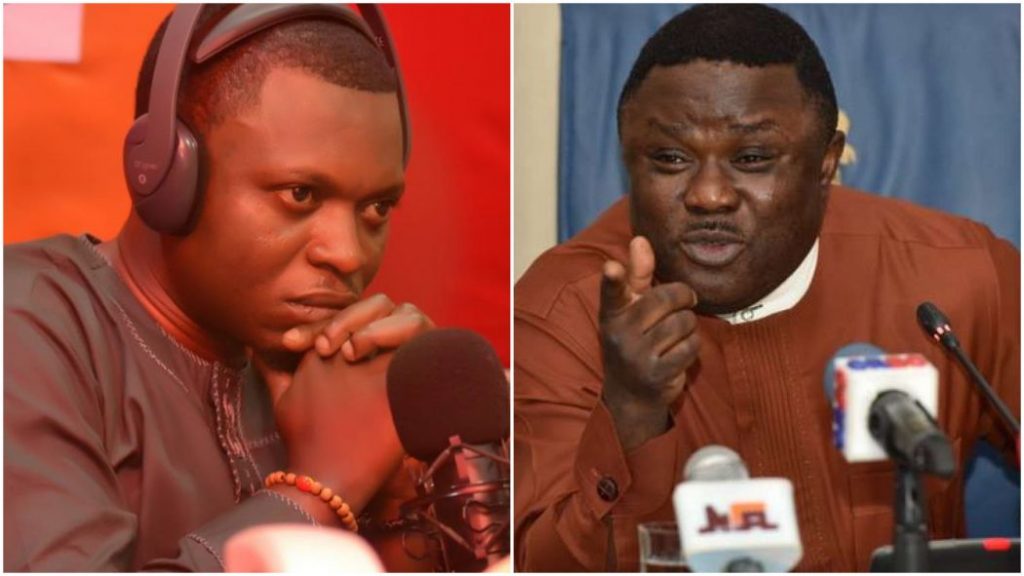 Cross River State Governor, Ben Ayade has spoken publicly for the first time over the continuous detention of Agba Jalingo, a journalist standing trial for criticising him.

Mr Jalingo, publisher of CrossRiverWatch, was arrested on August 22 over a report he published, alleging that Mr Ayade diverted N500 million belonging to the state.

The journalist has been in prison since Justice Simon Amobeda of the Federal High Court in Calabar denied him bail twice.

Speaking after a long silence on the matter, Governor Ayade said Mr Jalingo was detained because he tried to overthrow the government of President Muhammadu Buhari.

The governor stated this while answering questions from journalists at the presidential villa, shortly after meeting with President Buhari on Monday, January 27, 2020.

Governor Ayade said the case in court is between the Federal Government versus Agba Jalingo and not Cross River State government.

He noted that Agba was charged for treason and the state does not have powers to try anybody for treason as such it couldn’t have been him who is detaining Mr Jalingo.

“In court, it is Federal Government versus Agba Jalingo, not Cross River State. He’s in court for treason, a state does not have power to try anyone for treason, it’s not me,” he said.

Speaking further, Ayade disclosed that Mr. Jalingo is not a journalist rather the Chairman of a political party whose presidential candidate tried to topple President Buhari’s led Federal Government with the assistance of Agba Jalingo who is a state chairman of the party.

“You are seeing him as a journalist, but he’s not, he’s the chairman of Sowore’s party in Cross River State so he’s a politician. He has a primary calling, which is journalism..”

Mr Ayade said the journalist’s arrest and trial is in connection with Omoyele Sowore’s #RevolutionNow protest.

“Once he started the campaign to overthrow the government of President Buhari, he ceased to be seen from the point of journalist because he has become the state chairman of a party.”

Governor Ayade, however, says he has been working for Mr Jalingo’s release from Calabar prison where he has been incarcerated.

“I am of the opinion that Agba should be released because I think he was just youthfully excited.

“If you ask Agba Jalingo today, I’m the one working with his lawyers for his freedom, I’m the one sustaining him and sending upkeeps,” he said.

Mr. Ayade also cleared the air that he is not behind the Incarceration of Jalingo, stating that his intellectual background as a professor won’t let him prosecute a journalist.

“I have an intellectual background as a professor, I will stand with journalists at all times and I will never prosecute somebody.”

Speaking further, Ayade said, Jalingo is his not just from the same home town with him, but he is his brother and he has assisted Jalingo severally only for Jalingo to turn back against him in betrayal and blackmail. The governor narrated instances where he assisted the Journalist in setting up the various businesses he is involved with, but will rather be blackmailed for personal issues.

“Please ask Agba Jalingo, that CrossRiverWatch, the first person to give him money to set up the office was myself. His official vehicle, it was me. I don’t have to list all of these, he knows that I have funded and supported him, but journalism stops where blackmail becomes part of your strategy.

“Today you need something, then Ayade is a good man and you start writing all the good things, but if I take my phone and show you our WhatsApp communication, you will call me a godly man. Today I need money to set up a computer school, tomorrow I need money to feed my birds, the other day I need to be INNOSON’s sole distributor in Cross River State, I do all that.

“But when I don’t get a thing right you go to the social media and write something as careless as Governor Ayade has taken N500 million to Russia. You impugned my father’s name, my character, my family name, for just a personal request that I’ve not met, out of many that I have met. “Please for once, put yourselves in my shoes. All I simply did was to stay out of the issue,” the governor said.

The governor reiterated that he has been working for Mr. Jalingo’s release from Calabar prison where he has been incarcerated.