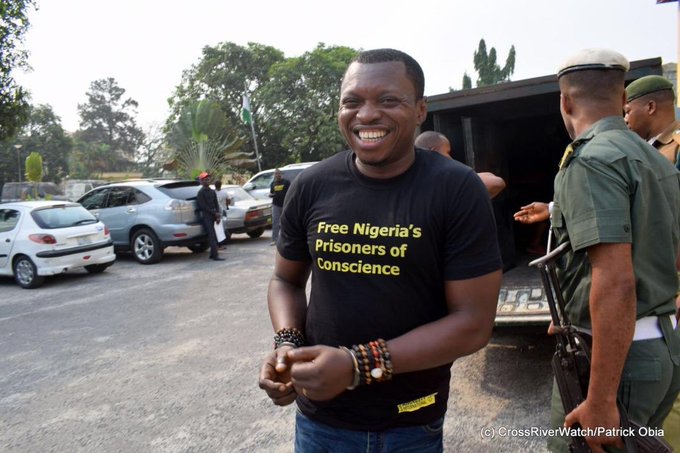 A Federal High Court in Calabar, has admitted journalist and rights activist, Agba Jalingo, to bail in the sum of N10m and one surety.

Mr. Jalingo has spent 175 days in detention before bail was granted by Justice Sule Shuaibu on Thursday.

KanyiDaily had reported that Jalingo is being tried for treason after publishing a report on his online news platform, Cross River Watch, questioning the whereabouts of the N500m approved and released for the floating of the Cross River Microfinance Bank.

Justice Simon Amobeda had denied Jalingo bail on two previous occasion – October 4 and 30, 2019 – saying the journalist had not given enough reason as to why he should be admitted to bail.

Justice Amobeda recused himself from the case following a leaked audio where he was caught saying Jalingo’s life was in his hand and he would treat him like Ken Saro-Wiwa, who was sentenced to death by hanging under military rule.

At the resumed hearing before Justice Sule Shuaibu on Thursday, Jalingo pleaded not guilty to a fresh four-count charge preferred against him bordering on terrorism, treasonable felony, cultism and attempt to topple the Cross River State Government.

Jalingo’s counsel, Attah Ochinke, moved the motion for bail with the prosecution counsel, Tanko Ashang, refusing to oppose it.

The judge subsequently set the bail bond at N10m with one surety in like sum.

The surety must reside within the jurisdiction of the court and his address must be physically verified.

Also, he must show means that he will be able to forfeit the bail bond, the judge ruled.

The judge also ordered that the surety was expected to deposit N700,000 cash with the registrar of the court, who will then pay it into an interest yielding account with a commercial bank.

Justice Shuaibu also ruled that Jalingo must seek the permission of the court to travel out of the country if he wants to travel and that he must depose to an oath that he will be available in court while he and his surety must present two passport photographs.

The judge also ordered that the proceedings of the court on the matter shall not be a matter of public discourse.

He subsequently adjourned the matter to April 6, 7 and 8, 2020 for the prosecution to open and close its case. 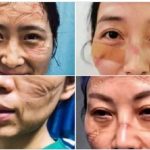 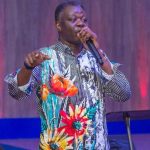