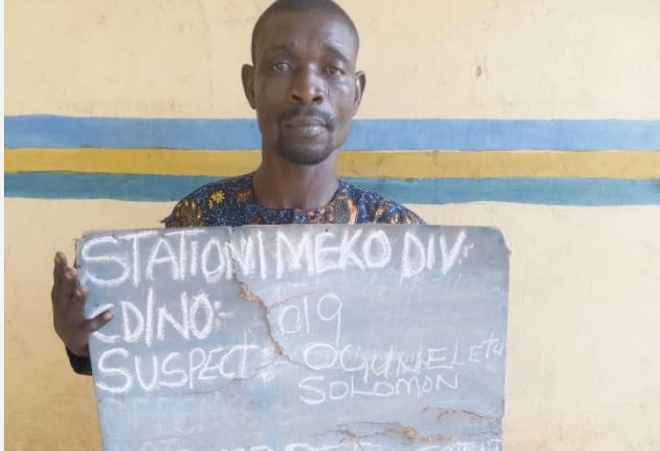 Ogun State Police Command had arrested a 30-year-old man, Solomon Ogundetu, for defiling his 12yrs old daughter and threatening to kill her if she ever speak up.

Ogundetu, a driver who has been separated from his wife, was said to have been having routine sexual intercourse with the only daughter from the union since last year, and threatened to kill her if she dared to tell anybody.

The child, a primary school pupil who could no longer bear her father’s sexual exploits, reported it to her teacher who in turn, confided in a community leader, Alhaji Obamuyiwa Semiu.

“The victim, a primary school pupil confided in one of her teachers that her father has been having carnal knowledge of her since last year with threat to kill her if she dare tell anybody. But when she can no longer bear it, she has to inform her teacher who in-turn informed the Alhaji.

“The DPO Imeko Division, Monday Unuigbe detailed his detectives to the suspect’s house where he was promptly arrested. The suspect who is a driver confessed to the commission of the crime when interrogated.

“Investigation revealed that he has separated from the mother of the girl for years now and the girl is the only product of the union. The victim has been taken to general hospital for medical care and report,” he stated.

According to Abimbola, the suspect would be transferred to the Anti -Human Trafficking and Child Labour unit of the State criminal Investigation and Intelligence Department for further investigation and prosecution.

Meanwhile, an 18-year-old boy who was arrested for raping six small girls in his area, has confessed that he does that to to cool off tension because he has no girlfriend. 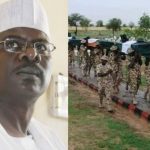 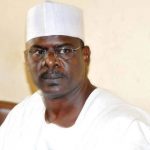