I had travelled from Lagos to Port-Harcourt on Saturday, March, 10 2012, by 7.45a.m, in one of Nigeria’s airlines (name withheld by Daily Sun). The flight was smooth. When we touched down, an elderly man was complaining that his hand luggage had been swapped with another bag. I just laughed inside me, thinking that the man was not smart. I left the airport for the ceremony I went to attend in the Garden City.  …Hmmm so robbers now have cartels eh kwa. continue reading to hear for yourself.

I never knew it would be my turn to lament. As I opened my bag to bring out a bundle of N200 naira notes during the ceremony, I discovered that it had vanished. Evaporated into the thin air. The thing looked like cinema. I emptied my bag, searched and searched but the bundle of money was gone. It then dawned on me that the same fate that befell the man I disdained in the aircraft had befallen me. Thankfully, I had my ATM card, which I used to withdraw money.

I returned to Lagos the next day with the same airline, and after the plane had gained stability in the air, I asked to speak to the most senior air host. I gave my complaints, telling him it was informal, but just for his information.

They (two other crew members came to the back of the plane, beside the restroom) listened attentively to my story and sympathized deeply with me. But they gave me a rude shock when they said such happening was no longer new. According to them, it happens from Lagos to Port Harcourt, Lagos to Abuja, Lagos to Dubai, Lagos to UK and Lagos to USA. Bags have been missing in the past, with more than half a million naira gone; dollars have disappeared along international routes. They further explained that once a traveller passes through screening at the airport, everything in the bag is known and the cartel will put one of their agents on board to carry out the ‘business.’ I asked them to make a move to stop the evil, but they just laughed and said the cartel was powerful.

I suppose people should not carry money in a bag when travelling by air. If you must carry cash or other valuables, maintain eye contact throughout the duration of the flight (no sleeping, or napping, no dulling). Once, the plane taxis to a stop, grab your luggage at once, else someone will block your view while you are seated and the other agent will carry out the ‘business.’

My wife is still lamenting that the missing money could have made some difference in the kitchen. Please alert air travellers to be vigilant about their valuables. We are really living in perilous times.

*The name of the reader who sent in this piece has been deliberately withheld. 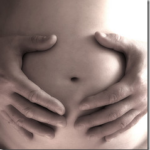