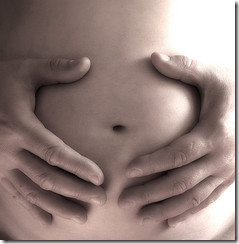 Could this be true or was it made up? This is surprising. Your parents/guardians do not necessarily have to tell you all you need to know in life. You also learn while growing up. You had abortions 14times for a particular man, your first boyfriend? And your senses couldn’t tell you it’s wrong? How can she say she saw it as fun, fantasy? Then another 12 more abortions for other men? Me, I don’t understand this story. Please click to read….


I am 26 years old. I simply got into sex out of ignorance like millions of young people today. My addiction placed me as the highest abortionist in the world at age of 26 and now, I have a sad story to tell.
Until I found myself in a total mess, I never really had any Idea what premarital sex was all about. I never knew it was so useless and killing. Before I got into it, I use to think it was some fun and I dreamt of it more often than not. I wished with all my heart to have a boyfriend whom we would explore it together, little did I know that I was being nasty to myself.
Because of things I see on TV and magazine, I thought having sex was so much fun, I fantasized about it each time I felt lonely. I was just a little girl but I had big wishes and huge fantasies. Only if I had known that everything I see in movies and soap operas were just acting and make belief; only if I had known that there is nothing in sex after all, the only thing in it is self destruction; I think my life wouldn’t be this miserable.
It’s a pity i really had to learn the hard way and I really wish I had never been born, I wish I had not come out into this deceitful world where nobody cares about young people, all the so called adults do is how they would play on the intelligence of young people in a bid to exploit and use them to satisfy their insatiable sexual passion. I really feel bad about this wicked world.
My plight started when I was sixteen, then I was still a virgin and in secondary school, I was ignorant of many things but because I see it every day on the TV and internet. More so, a couple of so called Anti AIDS people visited us in school a couple of times for lectures, but all they did was introduce sex to us even more because they really had nothing but condoms to show.
Fine, they told us about AIDS, but at the same time, they also told us about condoms, they never really said anything real about sex, they said we could contact AIDS not through sex, but unprotected sex, which means there was nothing wrong with sex as long as you could use condoms, but all of that I now know very well are lies, and I wonder why men and women would enjoy telling teenagers deadly lies like that.
Even though I can’t blame those people totally for my plight because they weren’t really the ones that said I should go into sex, I still never forgive them for encouraging me and other young people like me into sex with their preaching of protected sex or condom. Even though I wanted to see what sex was really like and I fantasized about it, some were within me, I was still very scared of what may happen to me afterwards if l tried it, and it was that fear that actually kept me away from it until I was sixteen.
By the time I was sixteen, my fantasy had gotten enough boost to express itself with reliance to said to myself one day, “free yourself baby girl, there is nothing terrible in sex, can’t you see everyone is doing it, by the way, you can always use condoms nothing will happen”. So, I finally decided to let go of my fears and embrace in totality my silly fantasies, and that was how I took the very first step into this miserable life of illicit sex. I had absolutely no idea of what I was going into.
I finally agreed to date this guy who had been disturbing me for more than a year, his name was Andrew. Andrew was five years older than me. Both of us began enjoying sex, we did it every seconds, every minute; I became addicted that I do not love doing it with condom anymore. Within the period, I had 14 abortions for Andrew, and not only that, I cheated on him in several occasions, I felt doing it with other guys will give me better sensation but all were the same.
My school teacher got me and at the end of the day I had 6 abortions for him. And worst among was my sexual affairs with my close relations, which resulted to 5 abortions. Then I felt I was at the top of the world. I will never forgive my friends who introduced me into partying and sleeping with old men with potbelly and rough skin only in the name of sex.
Right now, all those men have gone, and then shadow of my past sexual life still follows me around. All this pills and tablets I took are now telling on my blood stream. At times I felt like committing suicide each time I remember what the doctor told me, “Tessy, I am sorry, your womb is automatically damaged on account of the several abortion you had”, “I’m sorry, you will never conceive again in your life, but just thank God, you don’t have HIV or AIDS”.
I therefore, advise every young girl reading this piece today, to over look every fantasy towards sex. Sex is good but it has time. And that is in marriage. Keep yourself away from men. Make friends with those who mean good for your future.