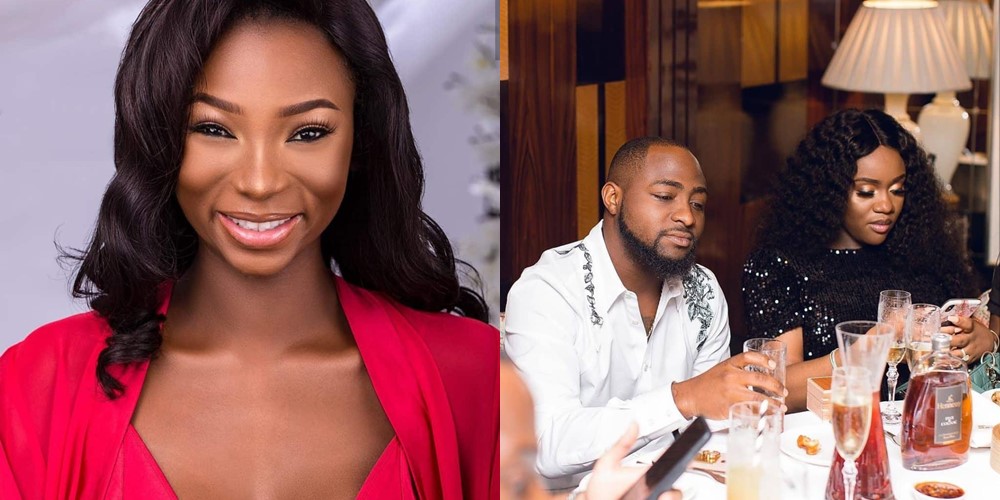 Popular sex therapist, Jaruma is of the opinion that singer Davido‘s fiancee, Chioma is lucky for not having a mother-in-law who will make her life a ‘living hell’.

Jaruma took to her Instagram page and shared a post implying that mothers-in-law are the main cause of the rising rate of divorce in different homes and marriages.

According to her, Chioma is very lucky that she doesn’t have a mother-in-law because Davido’s mum, Veronica Imade Adeleke, passed away on March 6th, 2003, so she doesn’t have anyone to make her life a living hell. Jaruma wrote:

“Mother -in-laws are the cause of divorce! Chioma does not have any mother in-law making her life a living hell…Chioma is lucky!” 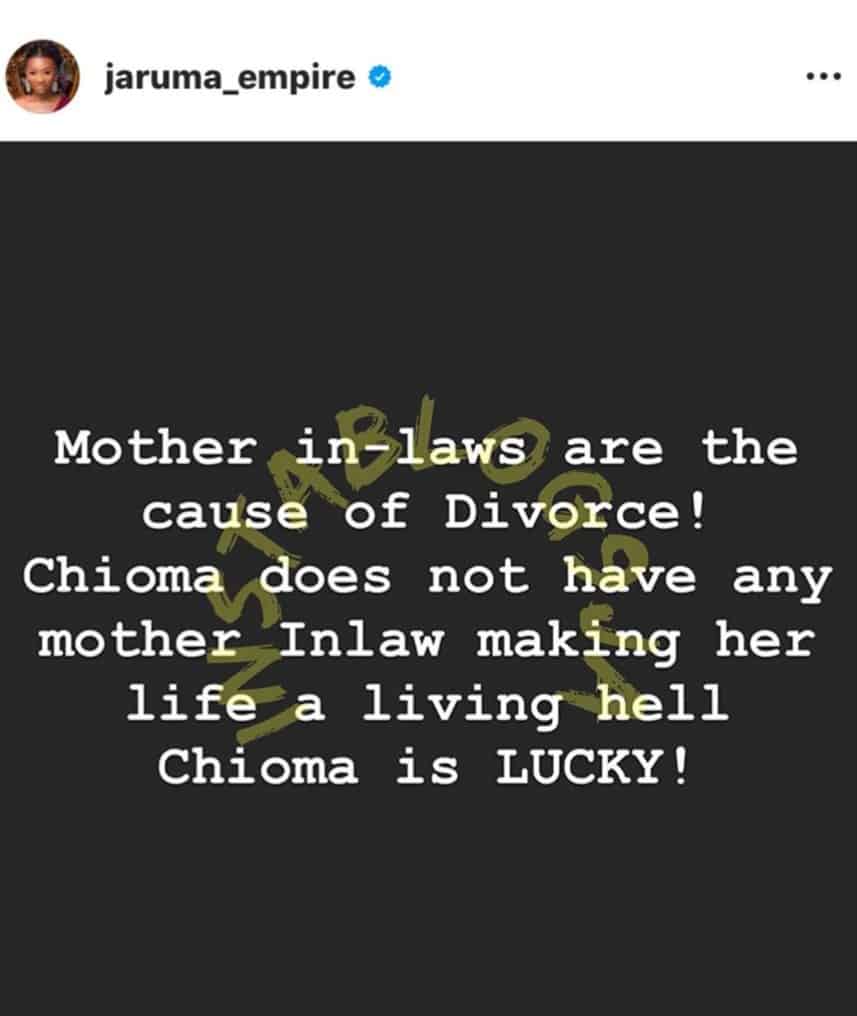 Meanwhile, Davido and Chioma have announced the arrival of their son in the early hours of Sunday, October 22.

The couple had their marriage introduction last month, and are set to make their union official in 2020 when they finally tie the knot in a ceremony.