Nollywood practitioners have endorsed the national leader of the All Progressives Congress (APC), Bola Tinubu, to join the race for the 2023 presidency. 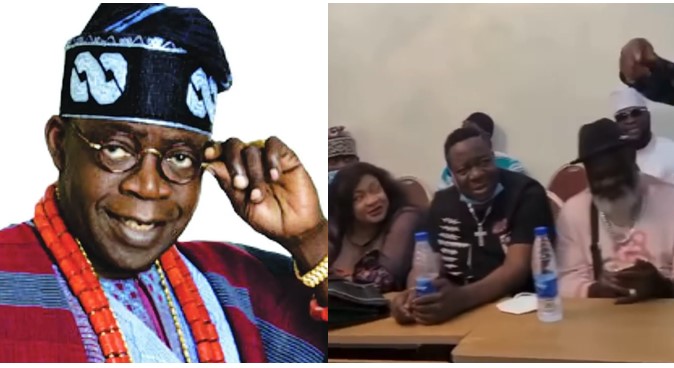 It was gathered that the conference was focused on the inauguration of the Southwest Committee for Tinubu to contest in the 2023 presidential election.

In a video shared on Instagram by Goldmyne TV, Mr Ibu could be seen addressing his colleagues with Anyanwu who also entertained them with his rap skills, saying that that one-day Tinubu will rule Nigeria to which his colleagues echoed a loud amen.

In another video clip posted online, members present at the meeting were also seen singing a praise song composed for the APC national leader.

READ:  Reno Omokri Is Bisexual, His Wife Caught Him Cheating With His Fellow Man - Fejiro Oliver